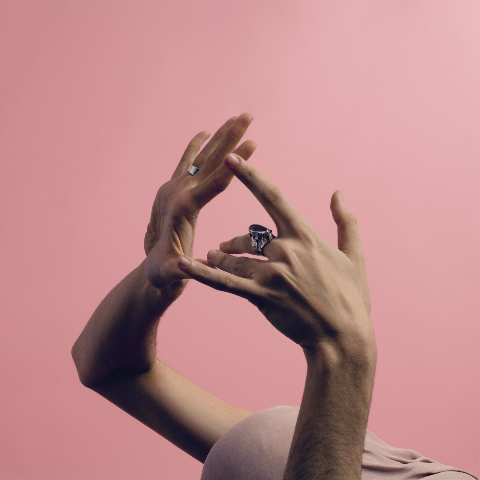 Quote from Matthew Stone:
“The word esoteric means “That which is hidden”. I like the idea that a
band can stand out by disappearing. S.C.U.M hide behind veils of smoke on
stage, but with this video I wanted to give them a new visual language;
something slow-burning, but euphoric that would have the same effect.”

Recent signings to Mute, S.C.U.M are set to release a brand new single on the 18th of July 2011.
‘Amber Hands’, recorded in London with producer Ken Thomas, comes backed with mixes by Sonic Boom and Silver Apples and exclusive track ‘Fountains’. Available on 12” and digital download, ‘Amber Hands’ is the first single to be lifted from the band’s forthcoming debut album which is due for release in September.
Based in London, S.C.U.M exploded onto the music scene two years ago with the release of their debut single ‘Visions Arise’. The single, together with their exciting and intense live shows, quickly grabbed the imagination of fans and critics alike. Since then the band have toured extensively across the UK and Europe to a growing fan base.
The S.C.U.M line up of Thomas Cohen (vocal), Bradley Baker (machines), Samuel Kilcoyne (moog), Melissa Rigby (drums) and Huw Webb (Bass) head off on a UK Tour with The Kills in May. The band will also play a London show with The Raveonettes at Islington Academy in June before making an appearance at ‘All Tomorrows Parties’ at London’s Alexandra Palace in July.

We Were Promised Jetpacks Release Taster Video from Forthcoming Album