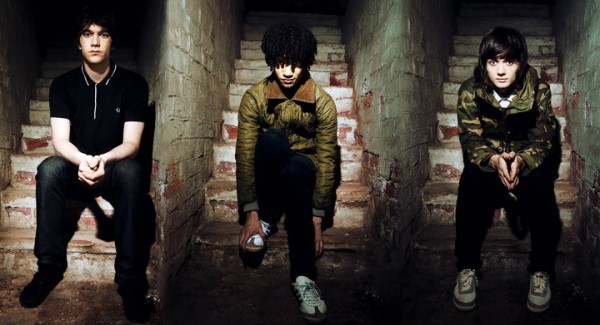 The Beaus are to release their much anticipated debut single on the 25th of July on Circuit Records. ‘All’s Well That Ends Well‘ combines the many influences that the three youngsters collectively possess.  It gives us a social commentary that seems to come naturally to those South Yorkshire lyricists, but delivered in a style that sounds like no one else. Putting in the graft since 2007, these Yorkshire’s mod dub poets are a subversive soundtrack for a generation, progressively getting the masses hooked on their blend of acid wit and northern substance.

To coincide with the release of the single they have announced two very special shows at Sheffield’s Tramlines festival. The first is the much coveted headline slot at The Bowery on Thursday 21st July, followed by an appearance at the O2 Academy on Saturday 23rd July. For a band who are still very much in their infancy, teenagers Doya, Danny and Mitch have already won an army of loyal fans and their live set makes a lasting appearance on everyone who sees it.

BBC6 Music praised their “louche and stylish rock and roll insolence”, Designer Mag proclaimed them as “the real voice of young England” and German national paper, Der Freitag, stated a law should be introduced ensuring all German minors enjoyed compulsory viewing of the band’s self produced music video, In The Red Corner.

“Natural, unboastful and (above all) ridiculously talented” was FreshOnTheNet’s first impression, Ark Magazine subsequently described them as “the Yorkshire version of The Clash” (praise indeed…) applauding the “huge array of influences blended in the same way as London Calling”, whilst Mexico’s revered WARP Magazine, gave the lads a full page in their UK Special issue

The Beaus were a featured artist for PRS For Music’s MySpace site in late 2010, simultaneously also invited to song-writing weekend led by BBC 6’s Tom Robinson, where countless gutsy verses were sketched up, including those on  ‘All’s Well That Ends Well’.

Speaking of their recent headline slot for the Plugged In Yorkshire Music Showcase at Liverpool Sound City 2011, Doya, the man behind the lyrics said, “Yeah it’s honest stuff, and all nice grooves. There’s anger in it, but that’s good, it’s passion. People get it, and we love it. What more could you want?”

Summer 2011 sees a string of festival dates across their horizon, interspersed with sun-less weeks in the studio crafting material for more releases for late 2011

Hear what it’s all about at