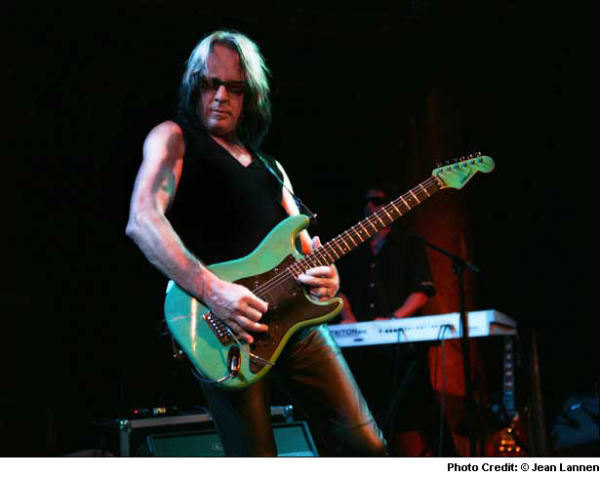 Todd will be performing An Evening with Todd Rundgren, universally described by the US press as The greatest hits tour his fans have been waiting to see for years.

The October 2011 dates mark Rundgrens first UK shows since 2010s sold-out London Hammersmith Apollo concert where he performed the entirety of his 1973 milestone album A Wizard, A True Star.

An acclaimed record producer, composer, songwriter and recording artist, Rundgren is widely regarded as the acknowledged godfather of the marriage of music and multimedia. Having founded and fronted The Nazz, the quintessential `60’s power-pop psychedelic band, in 1969 he left them to pursue a solo career, recording his debut offering, the classic Runt.

It was 1972’s seminal Something/Anything?, on which he played all the instruments, sang all the vocal parts, and acted as his own producer, that catapulted Todd into the superstar limelight. Among Rundgren’s impressive 50+ production projects are albums by Patti Smith, Cheap Trick, Psychedelic Furs, XTC, Grand Funk Railroad, Hall & Oates, and Meat Loaf’s multi-platinum debut Bat Out Of Hell.