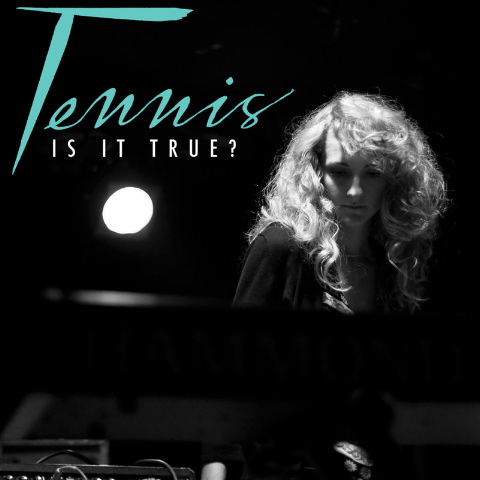 The widely praised duo Tennis made their Fat Possum debut this past January with their critically
acclaimed album Cape Dory, which SPIN proclaimed “(almost) too good to be true,” and is currently
featured as one of “The Best Albums of 2011 (So Far)” on AOL Spinner. The band now brings us “Is
It True,” a Brenda Lee cover.

Alaina Moore explains why they chose the cover… “Brenda Lee has been a great source of
inspiration for me. We stumbled across the song ‘Is It True’, a less popular single she recorded later
in her career and loved it not just for her more mature, crackly voice, but for the randomly awesome
inclusion of a very young Jimmy Page on electric guitar. The song is such a jam, we really enjoyed
the chance to record it ourselves. Despite the limitations of recording it on a 4-track cassette, and then
having to mix it in a pinch on an 11 year old lap top, that crashed regularly, all the parts we love are there.”

With high summer just around the corner it seems like the perfect time for Tennis to release new single ‘Take Me Somewhere’, a standout from debut album Cape Dory. All woozy, doo-wop waves of guitar, the hum of an organ and exuberant choruses, the song will undoubtedly provide essential escapism as the warmer months ensue. Such is the delightful nature of the get-away tale that it’s enough to entice an impromptu adventure, perhaps a summer holiday wherever the road may take you.
In support of ‘Cape Dory’, Tennis will also be embarking on a UK and European tour encompassing dates at London’s Cargo and Lounge On The Farm before they head off across Europe. The duo embarked on a string of sold-out dates in the UK and Europe in January gaining ardent support from the likes of the Guardian and NME, and recently completed a full US tour and showcase at SXSW. If their winter jaunt was anything to go by trust us when we say, these are certainly shows you won’t want to miss.
The debut album “Cape Dory” was released on Carmen San Diego Records on May 23rd
UPCOMING LIVE DATES
July
07/06/11 – London, UK @ Cargo
07/08/11 – Kent, UK @ Lounge on the Farm Festival
07/09/11 – Amsterdam, Netherlands @ Bitterzoet
07/11/11 – Munich, Germany @ 59:01:00
07/12/11 – Berlin, Germany @ Magnet Club
07/14/11 – Hultsfred, Sweden @ Hultsfred Festival
07/15/11 – Copenhagen, Denmark @ Littlevega Bar
07/16/11 – Helsinki, Finland @ Tavastia
07/19/11 – Paris, France @ La Maroquinerie
07/20/11 – Bordeaux, France @ Le Saint Ex
07/21/11 – Barcelona, Spain @ Apolo 2
07/23/11 – Moscow, Russia @ Afisha Picnic
08/05/11 – Chicago, IL @ Lollapaloozao

CocknBullKid video for next single ‘Yellow’