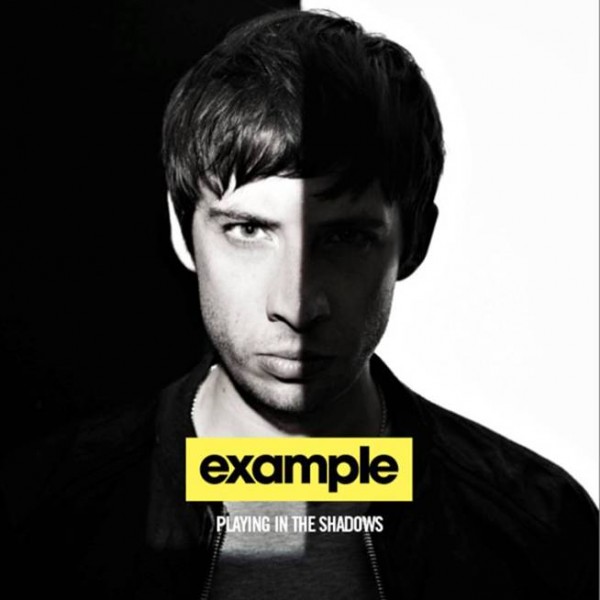 Example has unveiled the album artwork for his 3rd studio album ‘Playing in The Shadows’ which will be released towards the end of summer. It follows the runaway success of the first single from the record, ‘Changed The Way You Kiss Me’ which stayed at the top of the charts for 2 weeks, beating rock band Coldplay to the topspot, selling in excess of 200k copies!

The juggernaut that is Example LIVE continues throughout the coming months with festival appearances at Glastonbury, Wireless, Lovebox, Big Chill, V2011, Creamfields and iTunes headline to name a few.   He returns to the Balearic isle to headline Ibiza and Mallorca Rocks and now Example has also announced his own 17-date headline UK tour running throughout November and December.

The aftermath of all this will culminate in the release of Example’s third studio album ‘Playing In The Shadows’ which features production from the biggest and most credible names in dance music today – Chase & Status, Nero, Michael Woods, Skream and Faithless – out in September.

Example – Changed The Way You Kiss Me by PurplePR