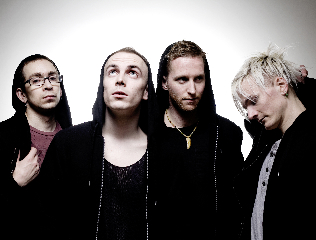 Musically, 22 are a combination of forward thinking and expansive, progressive rock, loose and aggressive punk energy and high, ambitious and theatrical pop. If that all sounds like a bit too much, the musical maths of Refused + Fugazi x Queen + At The Drive In = 22 SHOULD help. The EP was mixed by acclaimed US producer, Machine (Lamb of God, Fall Out Boy), and will be followed up by the debut album in November 2011.
22 are born from the ashes of Norwegian Grammy Award winning band Gåte, the group is the new creative endeavor and brainchild of guitarist Magnus Børmark, and the video for first single ‘Plastik’ was cut by Stephen Agnew (White Lies, The Vaccines, Dananananaykroyd) and can be seen here – http://vimeo.com/21972621
The track has already been both a Classic Rock and Q Magazine track of the day, as well as been highlighted in current issue of Music Week. The EP is currently streaming on Fake DIY, and the band have press and reviews coning up in Kerrang, Artrocker, The Fly Magazine, Rock Sound, Total Guitar, Big Cheese, Guitarist, Front, Narc, Sound Off, Rhythm and more.
Live wise, they have already played over 150 shows across Scandinavia, Iceland and Germany including an unforgettable live set at the acclaimed Iceland Airwaves Festival and twice at Norwegian festival By:larm (including a headline main stage appearance in 2011). The band have also been over to the UK and played at The Great Escape Festival, Liverpool Sound City AND a debut London show at the Barfly in May 2011 that saw rock royalty, in the shape of MUSE drummer Dominic Howard, in attendance. “As performers we dance and go frantic every time we play,” says Magnus of their addictive live shows. “We aim to give the audience a multisensoric experience they will not be able find anywhere else. We are conveying a new kind of energy through our music.”
About the meanings behind the tracks on the EP, Magnus talks about ‘Power So Yesterday’ as a song; “…about martyrdom, working extremely hard without loving what you do. Doing that feeds a very dark place inside oneself, and it is very addictive, and common.”. While ‘Mind Vs Mind’ is a about; “…people getting into agitated and agressive discussions about facts and stuff they have read in the newspaper. I never understood how people could stir up so much emotion just to defend something they have read. It also includes lyrical homage to Edgar Allan Poe’s short story “The Man That Was Used Up.”
Look out for more UK and European shows to be announced soon (now the band have been taken on by The Agency Group for the UK and beyond), and also more news to come soon on a ‘Plastik’ REMIX EP (featuring Rolo Tomassi and Dananananaykroyd remix’s of ‘Plastik’) as well as debut album info….watch this space, as they say
‘Plastik’ EP Track Listing:
1. Plastik / 2. Oxygen / 3. Gotodo / 4. Mind Vs. Mind / 5. Power Is So Yesterday

Jess Mills ‘Live for What I’d Die For’ Video 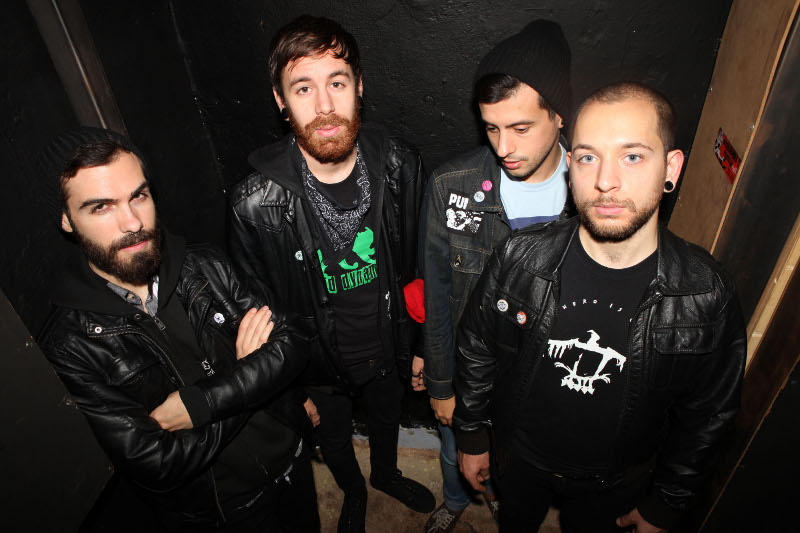