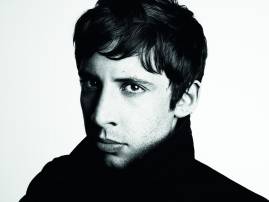 Following the No.1 success of his monster hit ‘Changed The Way You Kiss Me’, Example returns with the second single ‘Stay Awake’ from his much anticipated new album ‘Playing In The Shadows’ out in September.

It has been a killer year for Example who has well and truly branded 2011 his own. ‘Changed The Way You Kiss Me’ held the No.1 position in the UK charts for 2 weeks beating rock giants Coldplay to the top and selling in excess of 200K copies, now certified silver and ranked as one of the biggest selling singles of the year.

His new single ‘Stay Awake’ is produced by dubstep lords Nero and is yet another huge dance anthem from Example who kills it with his trademark combination of thought provoking lyrics and massive choruses. ‘Stay Awake’ was penned after waking up at Ibiza Rocks and seeing hundreds of kids still going from the night before. Example says ‘it’s about a messed up generation who spend all their money on partying and questioning whether or not it’s right. We spend all our money to stay awake the longest’.

The aftermath of all this will culminate in the release of Example’s third studio album ‘Playing In The Shadows’ which features production from the biggest and most credible names in dance music today – Chase & Status, Nero, Michael Woods, Skream and Faithless – out in September.

For more information go to –