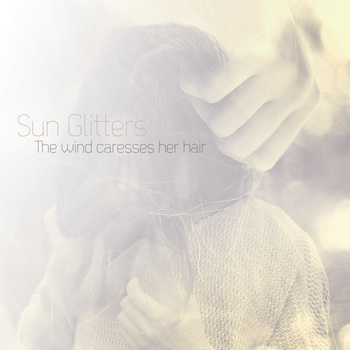 Sun Glitters is the playful moniker of Luxembourg native, Victor Ferreira.  After many years of sound research through different genres under his previous guise, Sug(r)cane, Ferreira changed his recording name to Sun Glitters and started developing ideas for his debut album Everything Could Be Fine. Taking traditional vocal pop melodies, and injecting them with a dose of Technicolor, Ferreira applies a cut-and-paste technique; mixing layered pitch-shifted vocal samples, wonky beats, shoegaze and down-tempo electro. Having been compared to Tri Angle Record’s Balam Acab, and following in the dub-steps of rising chillwave pin-ups Star Slinger and Holy Other, Sun Glitters creates beautifully collated audio collages. Sun Glitters has been very busy having recently remixed for Transparent Records’ Purity Ring and releasing the EP Cosmic Oceans featuring the bewitching vocals of LA songstress Steffaloo. Following this closely was a 17-track remix album called Everything Could Be Remodelled And That’s Fine! via US-label Ufolk Records – featuring mixes by Blackbird Blackbird, Lushlife, Niva, Team Daze, The Astroboy, Space Ghost and many more. Since then he’s dropped the single Things Are and a collaborative EP Think Twice with Bermuda Bonnie and Steffaloo on vocal duties once again. With initial reactions being very positive, having already collaborated with a selection of great artists, Sun Glitters is poised to bring out two further releases, a vinyl EP on music/is/for/losers and the re-issue CD/download album version of Everything Could Be Fine through through Portuguese label Lebens Strasse Records it seems SG can do no wrong. Featuring lush vocal samples by Deborah Lehnen, which have been given the Glitters’ ghostly touch, The Wind Caresses Her Hair is the stunning precursor to the release of Sun Glitters full-length album due out in the coming months.

It’d seem we have one of the most forward thinking and inspired producers of the hazy pop generation on our hands. Rockfeeback.com

Awash with brooding, layered synths, warm melodies and wispy vocals ‘Things Are’ is a compelling slice of minimal, down tempo ambient electronica. The Line Of Best Fit

Lovely buzzing sounds from Luxembourg’s Sun Glitters. It’s a good way to pass the time, a good way to clear your head, a springtime sweatshirt when you’re not sure if a jacket is enough. The Fader

A name to watch. The Fly Magazine

There’s a lot of hazy, glitchy beatmaking to be had around the blogosphere these days, but one standout is Luxembourg’s Victor Ferreira, better known as Sun Glitters. The 405

Decorative high-end catchiness that one would expect from a post-everything-era chillwave beat…a promising producer . XLR8R

The music is summer, not the kind that makes bands with guitars declare their love for the beach, more a kind of nocturnal, stayed up all night and ending up staring face-down at the grains of sound, kind of summer. This Is Fake DIY