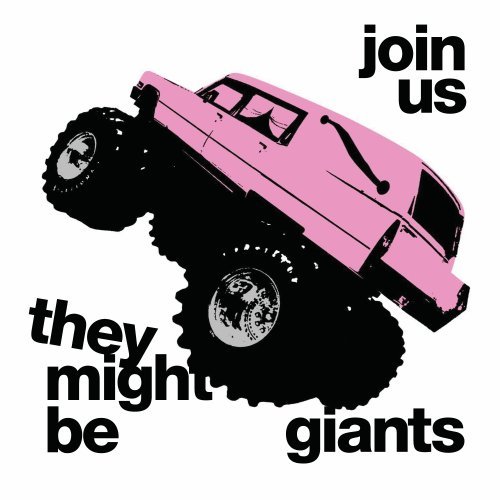 Although They Might Be Giants have already released fourteen albums and have two Grammy awards under their belts they keep quite a low profile and their music has not quite broken into the mainstream. However, despite being well used to the album release process and despite past success, singer Flansburgh says with the new album “it actually does feel like a big moment for us.”

Join Us is a stunning return to form for the band who started out as alternative rock but have digressed throughout the years into family albums and children’s albums. Join Us sees them return to what they do best- impossibly catchy guitar riffs, with clever and unique additions added to each song in the studio to give their songs that alternative edge.

“Can’t keep Johnny Down” is a catchy that will surely be released as a single- it seems almost tailor-made for radio, think “Hey Soul Sister” with an alternative rock edge.

Many of the songs on the album fall into the humourous, college rock-esque genre. For example in “Cloisonné” sing about having a conversation with a talking raindrop. Bizarre?- Of course but this wacky, geek-rock is what catapulted They Might Be Giants to the forefront of alternative Rock more than 20 years ago, and with Join us this is what will bring them back to what their loyal fans love so much.