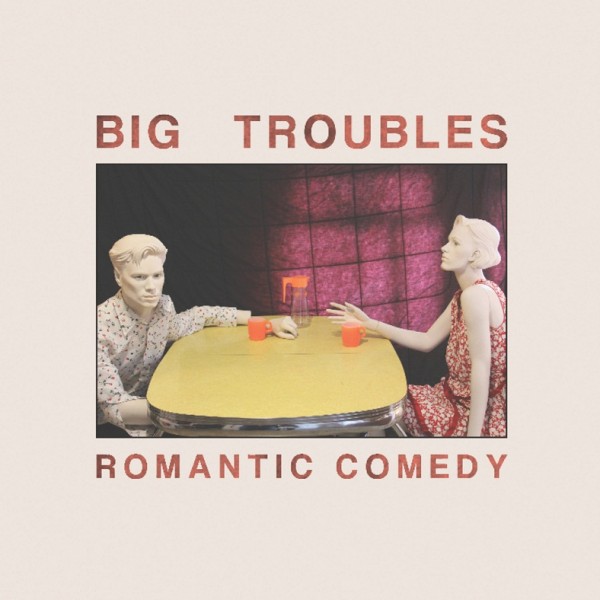 Big Troubles were formed by a group of kids who had been friends since high school, playing in bands, listening to records and coming of musical age together. As children of the 00’s they’re lucky enough to have a vast history of pop and indie rock to draw upon. Like the best of their peers they’re omnivorous musical consumers, as enamored of classic Brit Pop gems as they are of 90s slacker indie rock. Led by two very gifted singer/song-writers in Alex Craig and Ian Drennan, Big Troubles are that rare beast: a band with two distinctive musical voices that smoothly mesh to create one integrated personality.
Early recordings by the pair were of the lo-fi home recorded variety, but over time they’ve grown (with the addition of drummer Sam Franklin and bassist Luka Usmiani) into a full four piece band to more fully realize their tunes. Their first album Worry (2010) and its attendant singles were excellent fuzz pop records in their own right, but to make their new record the band has taken the step of bringing in help in the form of the legendary Mitch Easter, whose resume includes stone cold classics from the likes of REM, Pavement and his own Let’s Active. With Mr. Easter’s expert engineering help, Big Troubles’ excellent new album Romantic Comedy is a masterpiece of modern pop; a perfect balance of grit and polish, gorgeous guitar sounds and angelic vocals, underpinned by a set of superb songs.
Romantic Comedy kicks off with “She Smiles For Pictures,” a brilliant slice of jangle-pop marked by an ear-tugging guitar lead and gorgeous choirboy vocals. “Misery” is a perfect 2:23 of teen angst, fired by a huge bassline and echoed, chorused riffs that are as much 90s Brit Pop as they are 00s indie rock. First single “Sad Girls” is a lovely slice of updated power-pop based on a catchy stop-start verse that gives way to an indelible, spiraling chorus; this tune is as big and bright as they come. “You’ll Be Laughing” gears down for a nuanced meditation on suburban ennui, showing that this band had more up its collective sleeve than just kicking out pop anthems.
And so the record continues, through sure-fire entries into the noise-pop canon like the Boo Radleys-esque “Minor Keys,” the lovely rush of “Softer Than Science” and the glam-tinged feedback-fest that is “Time Bomb.” Romantic Comedy wraps up with the dreamy “Engine” and the driving “Never Mine,” adding two more gems to this excellent album. Big Troubles have that very rare combination of taste, skill and talent, and aided by Mr. Easter’s recording acumen they’ve created a virtually perfect modern pop album — one that tips its hat to choice bits of pop past and present, but at the same time creates something totally fresh.