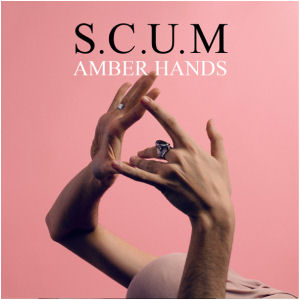 With a first taste of what their forthcoming debut album has to offer, S.C.U.M have given us Amber Hands, a relentless mesh of big macabre sounds that seems to pave the way for the huge onslaught that the album will deliver in September.

Amber Hands wields its attack of capricious rock with crashing percussion, heavy synths, meandering vocals, and high levels of reverb that could cut through glass, burst eardrums, and leave your head spinning for hours. They are already being widely compared to bands like Jesus & Mary Chain, and rightly so.

With a heavy, angst ridden, confounded burst of rock, Amber Hands is definitely worth a listen.

The Grace and Death of Us – Elevate