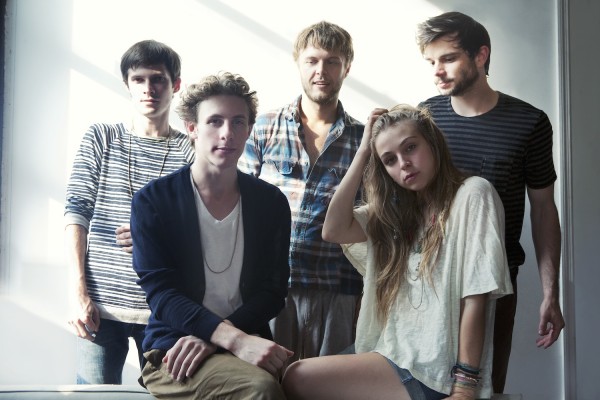 The band will play the following dates:

Aug 5th – The Academy – Dublin
Aug 6th – Field Day – London
Aug 7th – Sudoeste– Portugal
Aug 9th – Hoxton Bar and Grill – London
Aug 10th – Night and Day – Manchester
Aug 11th – Start the Bus – Bristol
Aug 12th – Summer Sundae Weekend – Leicester
Aug 13th – Oya festival – Oslo
Ahead of the tour, the Deep South’s ebullient purveyors of melody, rhythm and anomalous harmonies will release their debut single ‘Up Up Up’ via Glassnote Records/ Island Records on 1st August.
‘Up Up Up’ received its world premiere on Radio 1 as Zane Lowe’s Next Hypetrack and has gone on to be Fearne Cotton’s Record Of The Week. ‘Up Up Up’ has also been added to Radio 1’s In New Music We Trust playlist and BBC 6 Music’s B List. Further radio support for ‘Up Up Up’ comes from Radio 2 and XFM.
The video for ‘Up Up Up’ was directed by Tim Nackashi (Death Cab for Cutie, TV On The Radio, Robyn & Rye Rye) and has already had over 35,000 hits, whilst the remix package for ‘Up Up Up’ includes reworks by Body Language (free download available below) and CSS.
Share on Facebook Tweet This Share on Google Plus Pin This Email This