Hop Farm has proved, year after year, to be a successful and civilized festival which is also capable to deliver an interesting line-up of new artists and old glories, the kind that manages to get parents and children to agree on something.

This year is no exception, and, as the sun graced us all weekend, we strolled along the field for a 3 days full immersion of great music.

Brandon Flowers graced the stage, the duty of warming up the crowd before Bryan Ferry and The Eagles – not an easy task at first but Flowers manages to engage the audience with tracks from his solo album, as well as The Killers’ favourites (Mr Brightside), who got the crowd into the party mood.

Next up, the man who still makes women fall in love with him, Mr. Bryan Ferry. Despite the sun still being up, Ferry did not disappoint with his impeccable look and pomaded hair, undoubtedly charming. Ferry delighted the audience with a set comprising some of his solo gems, tracks from his latest work Olympia, as well as Roxy Music classics. The set included I Put A Spell On You, All Along The Watchtower, Avalon, Slave To Love and Love Is The Drug. To help the audience to party, dancers in pink leotard graced the stage.

When you see the field full of deckchairs and old dudes, you know the Eagles are on. Kicking off with Hotel California to warm up the crowd on a stage production which included post modern pictures on screen; it all looked beautiful if only a little bit too “old” for me, despite being an amazing feeling to listen to one of the first records I ever bought on vinyl. Being incredibly talented musicians, it was amazing to see them exchanging instruments and being at ease with anything.

At the Big Tent The Human League were boosting the 80s party crowd with a selection of their hits, including Mirror Man, Fascination, Sound Of The Crowd and Empire State Human. The full to capacity tent loved every minute and beat, dancing their heads off to Don’t You Want Me, Electric Dreams and Being Boiled.

The Human League possibly delivered the performance of the day.

Saturday came quickly, and so did the old NYC hipsters and new ones (including some of my friends) in adoration of what is the best line-up (before you say it – Prince pretty much did his own show!): Patty Smith, Lou Reed, Iggy Pop and Morrissey.

Patty Smith stepped on stage and her smile just added that little sunshine to the day. Backed by her band, guest starring on harp and violin the uber talented Patrick Wolf, Smith enchanted the crowd with her “People have the power” mantra – something she is so passionate about – as well as her beautiful works and some interesting covers, such as Adele’s Rolling In The Deep. From Gloria to Pissing In A River, to Blake verses mixed to her own (ah Patty, you thought you fooled us!) to emotional moments of a woman who truly loved her husband, Patty Smith proved she still has it, and has no intention to quit just yet.

Lou Reed on stage next, who decided to do an avant-garde set, with a crescendo of hypnotic sound (perhaps this would have won more hearts if done later in the evening, not on full daylight). It was quite funny to see him directing his band with just one hand movement – he wasn’t happy with the sound quality, which admittedly wasn’t perfect, but I’m not sure it was the band’s fault. Anyhow he managed to leave all his hits out until the close of the set. Fair to say, considering the status of his vocals now, it was better to leave them out completely. Disappointing.

Thank God for Iggy & The Stooges. I imagine that by now there is a scientific explanation for the phenomena under the name of Iggy Pop. I mean, I don’t have half of his energy and I’m not even 30 yet!

Iggy jumped on and off the stage with his usual energy, driving the crowd mental, even though he now follows some sort of “set” or guideline, so you know what to expect – which is pure, genuine fun! I mean, who would let down an invitation to go and dance on stage with them? Not myself! By the time I Wanna Be Your Dog first notes kicked in I seriously felt the crowd believed it dearly and was ready to offer themselves to him in sacrifice. It was so good he gave an encore, and truly boosted the energy back after we’ve all been drained by Lou Reed.

Morrissey. I think I should warn you that I truly adore him. He could do a record full of burps and I would still think he’s genius. But I can also be objective and recognise that sometimes he does not deliver a good performance. However, I am pleased to say this did not happen at Hop Farm. Morrissey was beaming with happiness of headlining what his perhaps part of his dream line-up (add The New York Dolls and that would be it!), he made us all welcomed to his world, first with an introductory video made of collages of videos and operas of characters, bands he loves and represent him, including Lou Reed. Then by just beaming with joy for the whole set. He smiled a lot, he saluted the first row (jealous!) he quoted Patty Smith, he saluted Iggy & The Stooges, and most importantly, he sang beautifully. The set was similar to the one played at Glastonbury, which also included Panic, Everyday Is Like Sunday, First Of The Gang To Die, Meat Is Murder, Action Is My Middle Name and a sublime version of Satellite Of Love – when the student beats the teacher. All I can say is that it was sublime, bravo Morrissey!

Sunday – not much happened before Prince came on stage 30 mins later than supposed to be. He’s allowed everything.

The audience is beaming with anticipation, the ones at the front are securing their spot with the nails and teeth – and as soon as Prince graced the stage you understood why.

Wearing a beautiful cream white ensemble and his Cuban heels, kohl eyeliner and lots of jewellery, Prince kicked off the set, supported by all women band, with We Live 2 Get Funky, followed by Let’s Go Crazy blended with Delirious in the middle. 1999 and Little Red Corvette also found space at the beginning of the set.

Prince kept eye contact with the crowd, fully engaging them in his world, made of sexy dance routines and impeccable musicians, as he also kept saying (but there was really no need for this); he graced us with some brilliant covers, such as Michael Jackson’s Don’t Stop Til You Get Enough, Dylan’s Make You Feel My Love at the piano with the rest of the band and Everyday People joined by Sly and the Family Stone bassist Larry Graham.

Prince also proved to have a quite good sense of humour by declaring, on the notes of Nothing Compares To You, that he “didn’t write that song. That’s Sinead O’Connor’s song – she wrote it – I bought me a house with that song!” which just made the crowd appreciate the Man – not just the artist.

The highlight of the set had to be, needless to say, Purple Rain. Saluted by purple confetti and a long version of the track, it seemed that both Prince and the audience couldn’t get enough of each other.

The charming man reminded us on the first encore that he could play pretty much all night if there wasn’t such a thing as curfew… and so he did. He picked tracks off his hits hat such as Kiss, Controversy, Play That Funky Music, performed as extended version; Come Together, If I Was Your Girlfriend, I Want To Take You Higher, Dance and Baby I’m A Star: all majestically played throughout the encores, with the set eventually coming to an end with Prince draped over a piano. Unforgettable.

It is only fair to say Prince owned the festival, not only the Sunday night: he had the crowd on the palm of his hand; everyone would have given his life if he’d asked to.

It was definitely a magic set, a beautiful way to close a mesmerizing weekend of music. 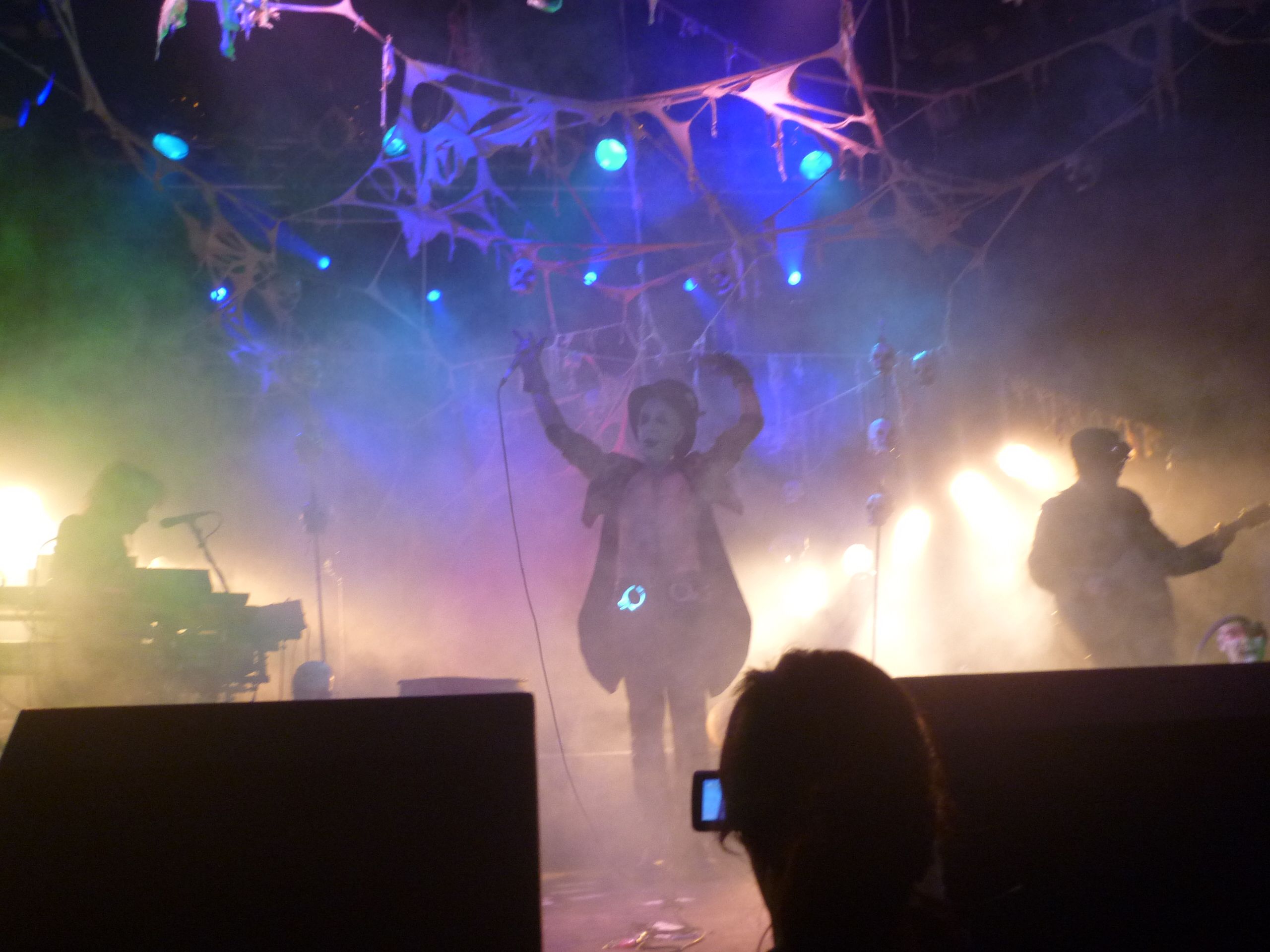 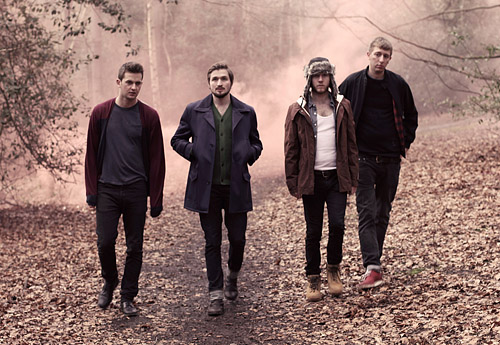