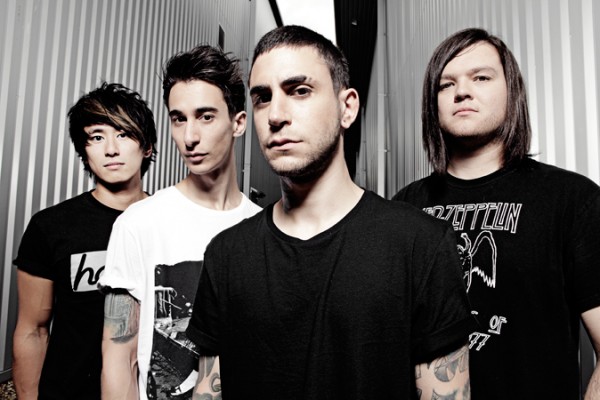 Modestep will release their new single ‘Sunlight’ through MAX/A&M Records on August 15th. Fierce yet accessible, ‘Sunlight’ combines the rugged elements of dubstep with the energetic power of the hardcore rock acts that the band grew up on.

Modestep – brothers Tony (DJ, guitar) and Josh (vocals, keyboards), with Matt (drums) and Nick (guitar) – weave dubstep’s contemporary sounds into their thrilling, genre hopping songs, and couple this with an explosive live show that is as hard-hitting and sweat-inducing as any traditional rock band. So far they have totally killed it live at Download, LED, Isle of Wight and Glastonbury with their non-stop sonic assault, and had the chorus to ‘Sunlight’ chanted back at them from huge crowds gained from their ever-growing internet fanbase.

This fanbase has made Modestep a major force on the web with hundreds of thousands of listeners tuning into their weekly internet radio shows. This allowed the band to burst onto the scene at the tail end of 2010 with independently released ‘Feel Good’, the homemade video for which has now been viewed over five million times.

The band have also announced they will be bringing Modestep’s Summer Carnival to London’s Garage venue on August 11th in association with seminal website UKF, ensuring the high-energy vibes from their ferocious festival sets come to North London for one night only. It marks the first headline date they have performed since selling out the Barfly at the end of last year and promises to be one of the most memorable shows of the year.

Modestep will be playing the following dates: