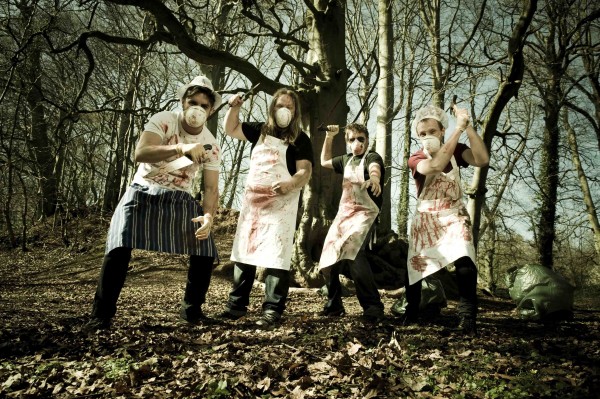 Polar opposite to the delicate poise of the influential jazz bassist Scott LaFaro from which this Belfast quartet takes their name, LaFaro are a wrecking ball of a band. Their rhythmic post-hardcore is designed to pulverize dance floors and leave no bottle of beer undrunk – this is music distilled to its fundamental elements – ‘We hark back to time when rock music was still fun’ states lead rabble-rouser Johnny Black ominously.

Recalling The Jesus Lizard, Shellac, Helmet (with whom the band have toured Europe) and NI heroes Therapy? LaFaro have character, chops and emotion oozing through every seedy riff ‘I love to write about life’s dark little secrets – the things we all know happen but never get discussed’.

The band’s second single from their upcoming album “Easy Meat entitled “Meat Wagon” will be released on Monday 12th September on 7” & Digital Download to co-inside with their upcoming headline tour:

“Sounds like a compilation of all the best bits from your old favorite bands squeezed into glistening, lubed up fist of metallic punk muscle” – Kerrang!

“Shot through with the intelligent humor of their countrymen… rock ‘n’ roll rarely sounds this sexy, fun and heartfelt” – Big Cheese

“Blistering riffs that bounce about the skull like the best of the post-grunge punk fraternity.” – BBC