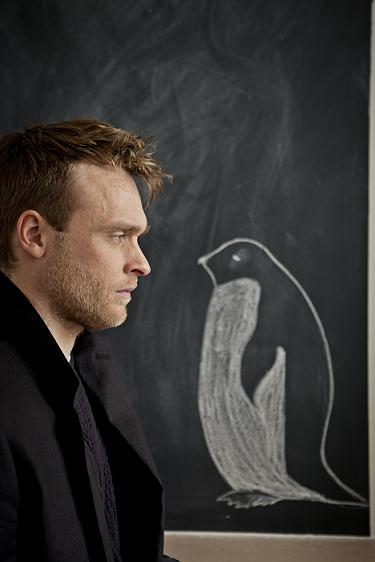 “Brilliant” The Fly
“Essential, intelligent electronica” Mixmag
“Penguin Prison slips perfectly into this exciting new dawn that will surely rain down upon us like a form of liquid euphoric joy” Clash
“Cue NYC’s Chris Glover, aka Penguin Prison, latest kid on the seriously addictive,
electro-pop block” Time Out
“A one-man disco outfit whose fluent, full bodied synth-funk mines the
same seam of Big Apple boogie” Uncut
“Brilliant, bleepy alt-disco” Sunday Times Culture
“Think of Michael Jackson getting fired by Quincy Jones in 1979 and cheering himself by going into the Hit Factory with David Byrne to record Fear of Music” Guardian
Penguin Prison is back. Chris Glover, the man behind the name has a new single, ‘Fair Warning’ (from the self-titled debut album, to be released September 5th), and it’s available to download RIGHT NOW!

Imagine, if you will, Chic produced by James Murphy; a collaboration between Prince and The Human League, or Michael Jackson and Quincy Jones remixing ‘Off The Wall’. It is some measure of Penguin Prison’s skills in the studio, on vocals and in terms of songwriting, that such illusory marvels have been achieved on this superb single as well as his self-titled collection.

On ‘Fair Warning’, PP’s synthesized version of 80s disco funk soars as ever – a dance-floor filler to welcome in the dawn. The single was mixed by Chris and Dan Grech-Marguerat (Radiohead, Scissor Sisters). Its booming beats, shimmering spectral synths and breathless honey vocals all add up to something delicious, with a treat of amazing remixes from Disco Bloodbath, Dirty Vegas, LaMond, Alex N, Club Clique, Goldroom, Squarehead and Penguin himself that have just been serviced to club. A download bundle of selected remixes will be released on August 22, two weeks before the album finally drops, much to the delight of his eager army of fans who’ve been waiting some time to hear it….they won’t be disappointed.
Check out the new video for ‘Fair Warning’ here – feel free to share across the web:

The Straits to tour ‘The Sound Of Dire Straits’ in October