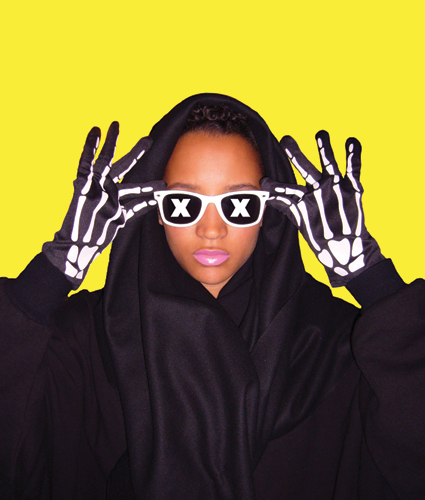 Denmark’s Lucy Love unleashes her music on the UK on August 8th with her new single ‘Thunder’ taken from the upcoming album ‘Kilo’ on her own Superbillion Records. The MC is already a superstar in her native country, playing to sold out shows all over Denmark and recently rocking a crowd of 20,000 people at a festival in Tivoli Gardens and is now ready to take over on these shores.

Lucy Love – Who You Are (OK Formula remix) by Lucy Love

Born Lucy Siame in 1985 in Zambia to an English mother, but raised in Denmark, the MC often spent time in the suburb of Croydon, where she absorbed the British way of life and gained the London twang that can be heard in her songs, setting her apart from Scandinavia’s other musical exports.

It was her discovery of dance music and clubs in the English Capital that first got her hooked and she became a major player in the Danish club scene, bringing with her a DIY ethic that has served her well in her career so far. As a University Art Student, her keen eye and fondness of fashion allowed her to design all her stage outfits as well as have a big hand in the style and production of all her music videos.

‘Thunder’ is a perfect introduction to Lucy Love, its warm throbbing bassline underlying her powerful yet never overbearing vocals, allowing the infectious tune to take hold. So impressed was celebrated Danish director Martin Werner by the track, he offered to make the video for her, with actress Iben Hjejle, famous for her part in High Fidelity, taking the lead role.

Already having made a lot of new fans thanks to her backing-dancer aided live show at London’s tastemaker club night YoYo’s, it’s only a matter of time before Lucy permeates the rest of the UK.  Look out for live dates to be announced soon.