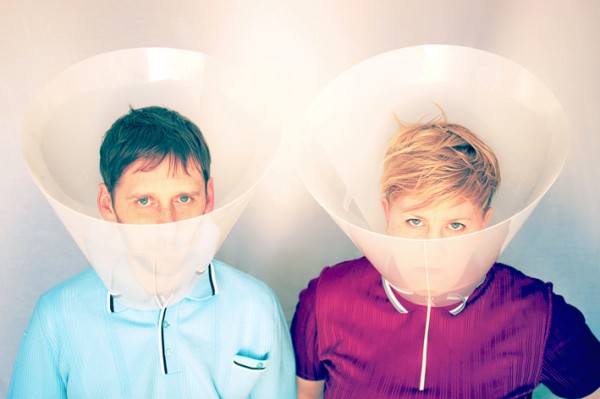 It’s followed by the release of their long awaited album ‘This day is a good enough day’ through Crocfingers Record on Monday the 29th August.

Prince Edward Island a London based outfit with a Scottish singer(they are also known for their work with John Mouse) their nuanced sound is redolent of everyone from Arab Strap to Belle and Sebastian and beyond.They release their long awaited album ‘This day is a good enough day’ through Crocfingers Record on Monday the 29th August. It’s preceded by the single ‘You look like I need a Drink.’

PRINCE EDWARD ISLAND release their long awaited debut album ‘This day is a good enough day’ through Crocfingers Record on Monday the 29th August. With eleven songs hewn with PEI’s trademark brand of melancholia, dark wit and drinking sing-a-longs, the album is a study in clever songwriting, littered with brutal yet heart-tugging lyrics that manage to challenge and delight in equal measure. Song titles like ‘Sex in the morning (I’m coughing, you’re yawning)’ and ‘The Keith Disaster Fund’ reveal the band’s dry Scottish humour and location – imagine a poppier Aidan Moffat. The album is proceeded by the first single to be lifted from the record, the joyous ‘You Look Like I need a Drink’ on the 1st August.
Prince Edward Island first garnered interest after accidentally winning an Xfm Unsigned competition they unknowingly entered, resulting in a slot at the O2 Festival, Hyde Park. A feature on BBC 2 Scotland’s music TV show Rapal quickly followed along with a UK tour and BBC Radio 1 sessions at Maida Vale with Steve Jones and a regular slot as Welsh quirk-pop songwriter John MOuse’s backing band, Prince Edward Island finally find time to release their debut album
“I love this band”
Niall Iain MacDonald, Presenter BBC2

“Any band that can combine Rolf Harris’ stylophones with Gretsch guitars and lyrics like ‘you look like I need a drink, a little something I can cling too’ deserves serious attention”
Tom Robinson, BBC 6 Music
“I love Darren’s voice and the swear words are all in the right places”Steve Jones T4, X Factor USA