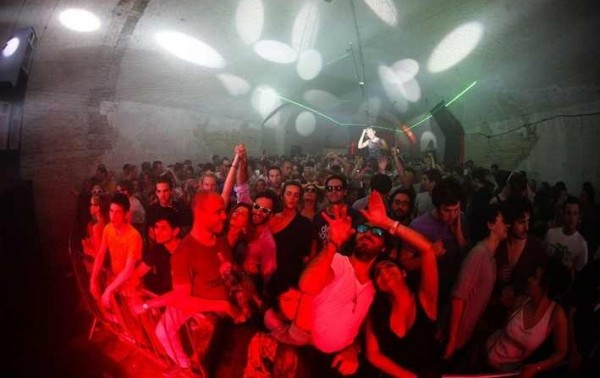 For your chance to win a pair of tickets simply email your name and the name of your guest to win@aaamusic.co.uk – subject line eastern electrics.

Adding to an already explosive lineup, eastern electrics take it up a gear this week, as they announce one of the hottest emerging talents in music. Maya Jane Coles is playing in the mulletover room!

A house music revolutionary, gifted musician and natural music-maker, Maya Jane Coles has built on solid foundations to become one of the most exciting producer/DJs of recent times. Her energy and unparalleled ambition – to not only make the music, but to BE the music – are infectious, and have won her admiration across the music industry, with the likes of Laurent Garnier, Steve Bug and Jamie Jones singing her praises for the moves she’s making in deep and tech house music production, and Joy Orbison, Skream and Benga already big fans of her dubstep project Nocturnal Sunshine.

Maya Jane Coles is one of the most searing talents of 2011. Her DJ sets are world-renowned, and her production – across various genres – is sensational.

So, mulletover presents a whopper of a lineup this August, with Maya Jane Coles, Robert Dietz, Simon Baker and Richy Ahmed leading their charge.

Robert Dietz’s style is effortless and ebullient – with an old school house vibe. He gradually makes a room his own – and imprints on all those who hear him play. Offering a unique understanding of the deeper side of house and techno, and a true love for all music, Simon Baker has finely honed his technique, to become one of the most versatile and passionate DJs in electronic music – and his influence knows no bounds. Hot Natured resident and hotly tipped house revolutionary, Richy Ahmed has been making a name for himself over the last couple of years – and his hard work and leftfield approach during the current house renaissance is paying off, as his star just keeps on rising.  mulletover is going to be mental!

One of the most exciting labels in house music at the moment, Made to Play take August 28th to new heights, bringing Jesse Rose, Riva Starr, Zombie Disco Squad and Renaissance Man into the mix.

Made to Play founder Jesse Rose is as adept at spotting and nurturing new talent as he is at exploring new avenues in house music production. His skewed house sound is deep and all-encompassing. Riva Starr has an unrivalled energy for house music – a passion that is as inspiring as it is electrifying. A Riva Starr set is never boring with this ‘Snatch’ DJ. London duo Zombie Disco Squad combine a sense of humour with a wide range of influence for their production, leading the way on a new and exciting direction in house music. And remix masterminds Renaissance Man’s ethos is about evolution – their remixes are more like rebirths and their own house productions are out of this world. Made to Play is gonna bring it!

Reprise has firmly planted itself at the cutting-edge of the bass sound – and in August they’re firing eastern electrics up with Paul Woolford, Dark Sky, Icicle (live), T. Williams, Monki and Seams (live).

Experimentalist Paul Woolford is a leading light in today’s dance music, and a true artist in every sense of the word. Dark Sky’s style draws influence from everything from original UK garage through to house, via jungle and disco. Icicle’s drum’n’bass and new dubstep is deconstructed yet rousing, with filthy pounding basslines and tech-funk beats. T. Williams strips down his music to its most basic elements – no gimmicks, no wobbles, just pure human expression of the funky bass sound. Monki is a Rinse FM favourite whose experimental sets have earned her a devoted bass-loving following. And finally, Seams promises an engaging set of electronic music with heart – intricate and delicate but with a solid bass foundation. The Reprise room will smash it!