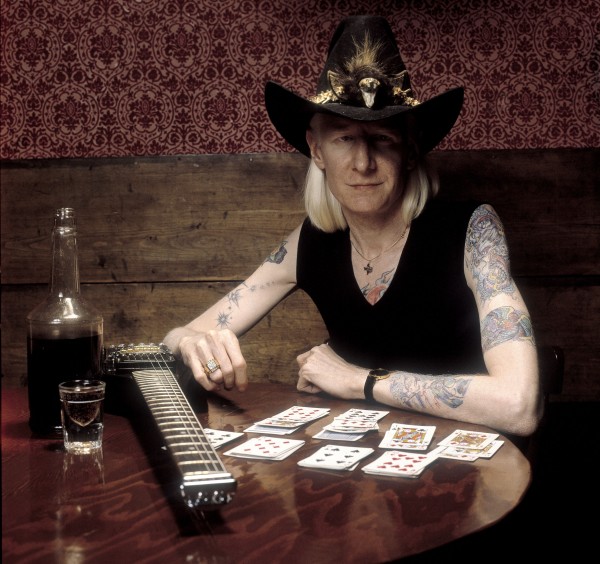 The legendary Johnny Winter will release his new studio album entitled Roots on September 26th, 2011 via Megaforce Records. This album returns Johnny to his roots by paying homage to the iconic blues heroes whose pioneering music influenced Winter’s own signature sound and style. Roots is the follow up to his Grammy-nominated I’m a Blues Man.

A host of special guests join Winter trading licks in honoring his idols, including

Among the 11 tracks that together represent a veritable history of the blues are songs by the genre’s elder statesmen including a version of Robert Johnson’s 1936 recording “Dust My Broom.” Winter pays respect to the greats who came to prominence in the late 1940s and ‘50s including Elmore James’ “Done Somebody Wrong,” Bobby “Blue” Bland’s “Further on up the Road” and Chuck Berry’s first hit single, “Maybellene.” Also featured is “Come Back Baby,” written by Walter Davis and made popular by Ray Charles, Jimmy Reed’s 1961 hit “Bright Lights, Big City,” and Muddy Waters’ version of “Got My Mojo Working.” Brother Edgar guests on “Honky Tonk,” the one instrumental featured on Roots. Rounding out the collection are Little Walter’s “Last Night,” Larry Williams’ “Short Fat Fannie” and T-Bone Walker’s “T-Bone Shuffle.” This special project was directed by famed guitarist Paul Nelson who’s role is as both producer and performer on this recording.

2) “Further on up the Road” (featuring Jimmy Vivino guitar)