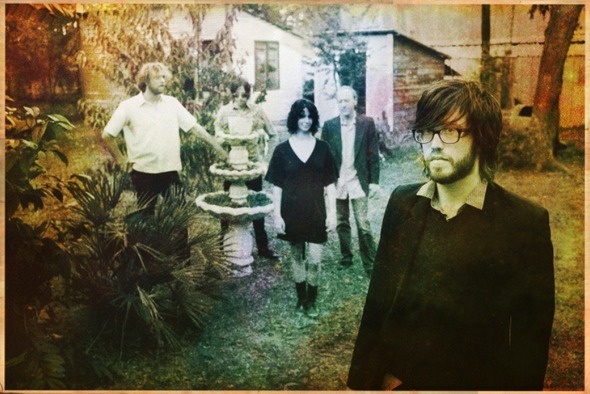 “Will Sheff calls upon the gods of fiction, poetry and theatre to deliver a dual sonic and lyrical masterstroke… a likely contender for the finest indie rock record of the year” Drowned in Sound

“Sheff’s songwriting here is lyrically more abstract, and musically more expansive than ever. With up to thirteen musicians playing together at any one time, and Sheff himself assuming the role of producer, I Am Very Far is like a big budget Hollywood adaptation of a cult novel.” The Quietus

“The song writing is uniformly great” The Guardian 4/5

Okkervil River have announced details of a UK headline tour in November, along with more info on the new single and b-side stream. Full details of the tour are below, culminating in a show at London’s Koko.

New single ‘Your Past Life As A Blast’ is set for release on the 5th September and taken from the Texan six-piece’s critically acclaimed sixth album ‘I Am Very Far’ released via Jagjaguwar in May of this year.

The new UK tour follows Will Sheff’s acclaimed solo show at London’s St Pancras Church at the end of March and the band’s sold-out gig at Heaven in London in May. They are also set to headline the Garden Stage at this year’s End of the Road Festival on 3rd September.

The full UK shows are as follows, with tickets available from www.alt-tickets.co.uk

Additionally, the band recently gave an exclusive performance of ‘I Guess We Lost’ for Into The Woods TV at the historic Crystal Ballroom in Portland.