Newcomers The Bronze Medal have been  selected to play the BBC Introducing stage at this years Reading & Leeds Festival. 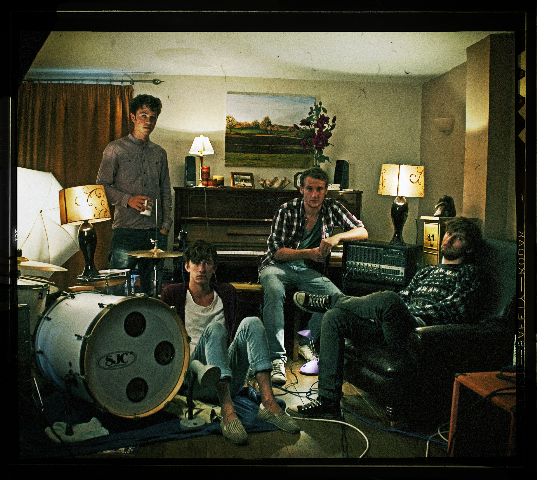 The hotly tipped young Bristolians are currently in the studio recording their debut alum with Paul Corkett (Biffy Clyro, Placebo, The Horrors, The Cure).
Their debut single ‘Milk’ earlier was released last month on East City Records.
You can stream listen to and stream the track from the following link: http://soundcloud.com/sainted-pr/the-bronze-medal-milk-1
The band was formed in  the autumn of 2009 by respective singer-songwriters Chris Hillier (vocals/guitar/piano/noise) and Robin Southwell (vocals/guitar/piano).

Last summer saw the band play their first run of shows across the UK, selling out venues in their native Bristol, but also in Cardiff, Bath, Newport, Norwich and Exeter. Their debut summer schedule included performances at Wychwood Festival, Harbourside Festival, Dot to Dot Festival, numerous sessions for BBC Bristol and support shows with Chapel Club, Brother and American pop-rockers Anberlin. The foursome’s inherent cognitive ability to communicate on stage perpetually impresses the toughest of crowds.

The Bronze Medal will be announcing a string of UK dates throughout October and November very soon.

They will be available for promo at Reading  on Friday 26th August and in Leeds on Saturday 27th. If you have a request please do let me know.