Pajama Club – “Tell Me What You Want”

Single “TELL ME WHAT YOU WANT” – available to download now! 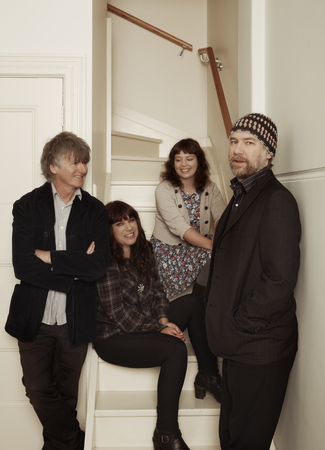 Pajama Club began as a private after dinner racket to fill an empty nest. With their two sons, musicians in their own right, grown up and away, Neil and Sharon Finn found themselves home alone in New Zealand with time, a sensible supply of red wine, copious musical instruments and a 16-track tape recorder on their hands.

“I’d always had a hankering to play the drums, Sharon’s had a similar attraction to the bass”, says Neil. “We were having a great old time making noise but we didn’t think too much about it until we started playing some of it back and found ourselves dancing”. And as Sharon quips; “We’d take turns singing whatever we thought would work over the top. Neil did the the lion’s share. I contributed a few lines – the good ones”.

Cut to July 2011, and a set of sold out UK dates, and it quickly became apparent Pajama Club were onto something good. With the self titled debut album scheduled for release on the 19th September, the first single from the self titled album is Tell Me What You Want – an ESG inspired slice of lo-fi funk, with a down and dirty bassline.

Already a live favourite, you can hear Tell Me What You Want here:

Tell Me What You Want

Can’t Put It Down Until It Ends

From A Friend To A Friend

The Game We Love To Play

Diamonds In Her Eyes