M83 have announced a very special London show at Heaven on 1st December. Tickets are priced at £14.50 and go on sale from Friday 12th August.

Tickets can be bought from the following link: http://www.gigsandtours.com/?a=m83 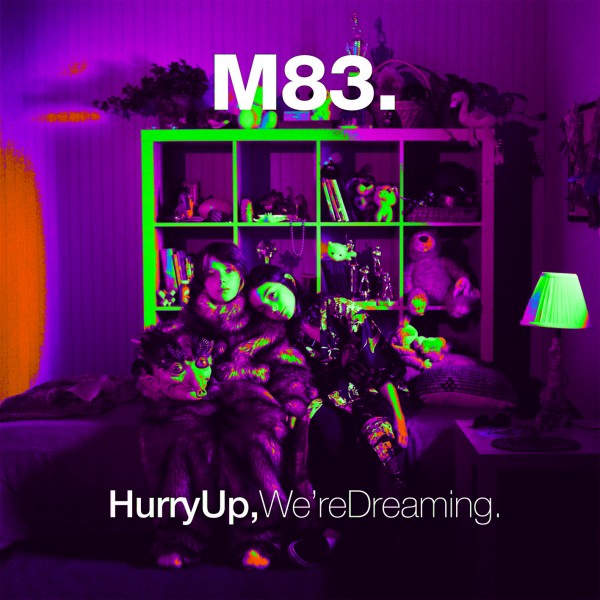 The highly anticipated new album ‘Hurry Up, We’re Dreaming’ is released on 17th October, through Naïve and the first single ‘Midnight City’ will be released on 15th August. It is still available to download for free for a few more days until 14th August here – www.ilovem83.com/midnightcity – after that it will be available to buy in all the usual places.
After 2008’s acclaimed album ‘Saturdays = Youth’ which hit many end of year lists including Mojo and Drowned In Sound (who made it their number one album that year) M83, aka Anthony Gonzalez, will release his epic new double album, produced by Justin Meldal-Johnson (Beck, NIN, The Mars Volta) mixed by Tony Hoffer (Air, Kooks) and including contributions from Zola Jesus, Brad Laner (from 90’s band Medicine) on guitar, and ‘Saturdays = Youth’ vocalist Morgan Kibby. With the first single ‘Midnight City’ hitting the top spots on Hype Machine & trending on Twitter, ‘Hurry Up, We’re Dreaming’ is set to be the album that defines M83.
Grand-scale songs may be impressive, but filling tunes of a synapse short-circuiting enormity with real emotional resonance – making them memorable for reasons other than size – is much more difficult. It’s a talent that Anthony Gonzalez has clearly mastered with ‘Hurry Up, We’re Dreaming’, a double album that brokers a brilliantly effective accord between the ostensibly conflicting demands of commercial pop and experimental rock, and packs some truly giant tunes.
The Antibes native has been steadily working to perfect the art of the megalithic alt.pop song since founding M83 in 2001. But it was 2008’s ‘Saturdays = Youth’, a nostalgia-soaked paean to Gonzalez’s teenage years, inspired by the films of John Hughes – and an unashamed celebration of artists such as Kate Bush and Jean-Michel Jarre – that paved the way for the monumental ‘Hurry Up, We’re Dreaming’. Gonzalez’s decision to record a 22-track double LP was the result of a youth impressed by The Beatles’ white album, ‘Ummagumma’ by Pink Floyd and Smashing Pumpkins’ ‘Mellon Collie and the Infinite Sadness’. “Artists that tried to do something as big as a double album were always inspiring to me,” he explains. “It’s a lot of work, but I always wanted to achieve something like that one day, and I just felt that the time was right for me to make one.”
The album title is also a neat summary of the record’s twin tempers – urgent and introspective – and of Gonzalez’s dual identity as dancefloor enthusiast and solipsistic muser. So, ‘Midnight City’ is a huge chunk of glittering and euphoric nu-disco that somehow joins the dots between Peter Gabriel and Underworld, and features not only that big no-no of contemporary pop – a saxophone solo – but also a fade-out. ‘Reunion’, too, is built on a triumphantly massive scale, its layer-cake vocals suggesting Toto as produced by My Bloody Valentine, while ‘Claudia Lewis’ ramps up M83’s feelings for ’80s music from affection to passionate love, even sneaking in the slap bass.
Conversely, ‘Where the Boats Go’ wraps woozy pop soundscapes around a sombre piano coda, the aptly titled ‘Splendor’ summons a divinely doomed, synth-centric romanticism and the album’s wild card, ‘Soon, My Friend’, drops all things electronic in favour of acoustic guitar, strings, brass and a choir.
This is an album that’s epic not only in terms of scale, but also of structure, with both an intro and an outro, and brief tracks like ‘Train to Pluton’ and ‘Fountains’ functioning as interludes. Just like those other grand scale albums ‘Mellon Collie…’, or ‘Ummagumma,’ ‘Hurry Up, We’re Dreaming’ is an ambitious and impressive album that singles Gonzalez out as an artist at the pinnacle of his career. And like all great pop music, it’s packed with fantastic songs that are also meaningful pieces of art, taking experimental music to the masses.
Share on Facebook Tweet This Share on Google Plus Pin This Email This

Vostok 5: an exhibition about people and animals in space