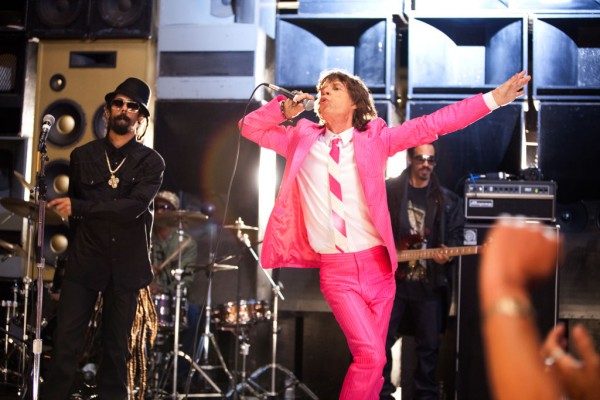 SuperHeavy, the brand new musical project featuring Mick Jagger, Damian “Jr Gong” Marley, A.R. Rahman, Dave Stewart and Joss Stone, are set to release their eponymously titled album on September 19 through Universal Music.  Co-produced by Jagger and Stewart the album was recorded in various studios around the world earlier this year, with the majority of the tracks laid down in LA. A standard and deluxe version of the album will be available both digitally and on CD. The deluxe package features 4 additional bonus tracks and expanded artwork by Shepard Fairey.

Despite their disparate backgrounds they instantly connected and hit the ground running; “as soon as we started playing together in the studio it gelled, all these different styles, it didn’t seem to be a problem to make them fit together” says Jagger.

This new and spontaneous way of working for all the collaborators has resulted in an explosive album that defies categorisation.  Debut single ‘Miracle Worker’, which was released in July, has received rave reviews, The Guardian said “this is great…bouncy, feelgood reggae…an instantly infectious tune”.

Dave Stewart describes SuperHeavy as a ‘mad alchemist type experiment’, with Mick Jagger adding, “We didn’t know what kind of music we’d make, we didn’t know if it would be any good, but we hoped we’d have fun”.

Reverend and the Makers ‘Riot’