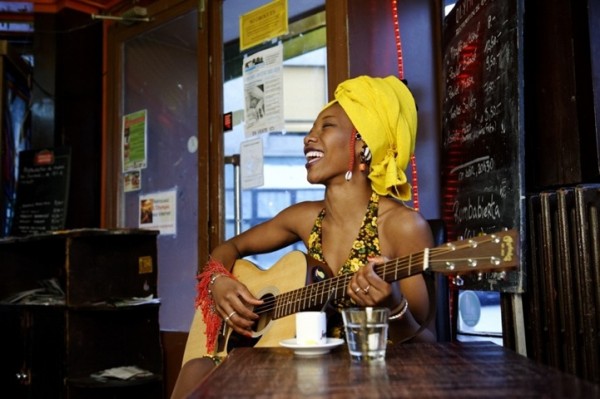 “…a rising new star from Mali. She has the most gorgeous voice, a fantastic sense of melody and her guitar playing fuses spare blues, folk and funk….. Go see her.” THE GUARDIAN

World Circuit’s Fatoumata Diawara has released a new video for her track ‘Bissa’, taken from her debut album ‘Fatou’ set for release on 19th September. One of the stars at this years WOMAD, ‘Fatou’ has already gained the young Malian singer critical acclaim, recently being named Debut Album of The Month in UNCUT.

Born in Côte d’Ivoire, raised in Mali, now based in Paris, and still only 29, Fatoumata has had a life covering a whole gamut of contemporary African experience: fighting parental opposition to her artistic ambitions and the cultural prejudice faced by women throughout Africa, winning success as an actress in film and theatre, before finding her feet in the medium she was always destined to make her own: music.

A recent addition to the Africa Express stage at this years Standon Calling, Fatoumata Diawara has also announced a headline show at Camden’s Jazz Cafe on 13th October.