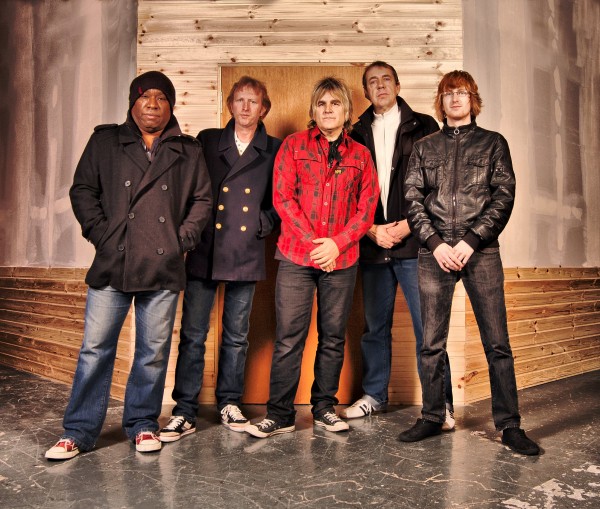 ‘Another Country’ is the culmination of a remarkably successful comeback, which has seen Big Country complete two sold-out UK tours and make high profile appearances at The Isle of Wight Festival, T in The Park and Oxegen, amongst others.

Since being asked to sing for Big Country in place of original vocalist Stuart Adamson, who tragically took his own life in December 2001, fellow Celtic rocker Mike Peters has whole-heartedly been accepted by Big Country’s fans and the music critics. Mike said, “Due to the success of the tours and festival appearances, the band have decided to continue and have already started planning for a new album and a 30th anniversary tour in the New Year.”

Legendary producer Steve Lillywhite, who produced Big Country’s finest work from the 80s, including their first and second albums (The Crossing & Steeltown), was reunited with the band to produce ‘Another Country’, which was recorded at the famous RAK Studios in London. Steve remarked, “When I heard the demo of ’Another Country’ I was immediately impressed. It was great to work with Big Country again, a band whom I last worked with in the 80s when producing on one of my favourite albums, ‘The Crossing’. I am looking forward to working with them once again on their new album.”

Big Country bassist Tony Butler said, “To have the opportunity to release our first single in over 12 years, considering what we been through, is amazing. To work with Steve Lillywhite again was tremendous. There is something really exciting about entering the world of singles again.”

Guitarist Bruce Watson comments, “We can finally look forward to completing unfinished business from the past, particularly internationally, and look to a creative and active future“.

Ahead of the band’s forthcoming appearance at this year’s V Festival on the 20th & 21st August, Big Country will play warm-up dates at Central Station in Wrexham on Thursday 18th August and the Engine Shed in Lincoln on Friday 19th August. “These will be places we have never played before, giving us the chance to work in new songs in the more intimate type of venues, as well as playing all the hits.”, adds drummer Mark Brzezicki.