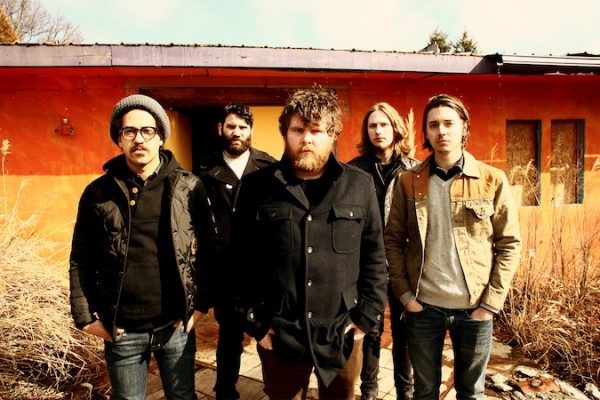 Following the success of their third, critically acclaimed album ‘Simple Math’ out earlier this year, Manchester Orchestra return to the UK for a headline UK tour.   Kicking off in Bristol on October 2ndand ending with a triumphant appearance at Camden’s KoKo on October 7th *.  This is the band’s first ever UK Headline Tour, after opening for the likes of Kings of Leon and Biffy Clyro, as well as performing twice at the Reading and Leeds Festivals and Latitude.

“Simple Math is intimate and massive”

Simple Math-a concept record, comes on the heels of 2009’s acclaimed Mean Everything to Nothing. From this platform, some bands might dive into the world of fantasy; front man Andy Hull instead presents his own reality, holding back nothing. It’s a story about a 23-year old who questions everything from marriage to love to religion to sex. It’s chock full of monster riffs, vigorous string arrangements, deep hooks and has miles of melodies that encase a compelling coming-of-age story told in the first person, intimately written and sung by Hull.

“This record is two duelling conversations between me and my wife, and me and my God,” says Hull. “Sometimes even for myself, it’s difficult to decipher which one I’m actually talking to. Everything I’ve written in the past has been about those things. This album is the most realized form of my questioning.”

Manchester Orchestra was formed in 2004 when Hull was 16. The band includes lifelong friends Jonathan Corley on bass, keyboardist Chris Freeman, guitarist Robert McDowell and drummer Tim Very. Not even near drinking age, Manchester Orchestra left the comforts of their suburban childhood in 2005, put over 200 shows under their belt and started to build the ever-growing and rabid fan base that follows them to this day. In 2007, their explosive first record, I’m Like a Virgin Losing A Child, quickly became a critical favourite as they toured the country many times over.

*This is the band’s own headline show, it is not part of Club NME, which happens later in evening.