“THE PAST, PRESENT AND FUTURE OF DANCE MUSIC” 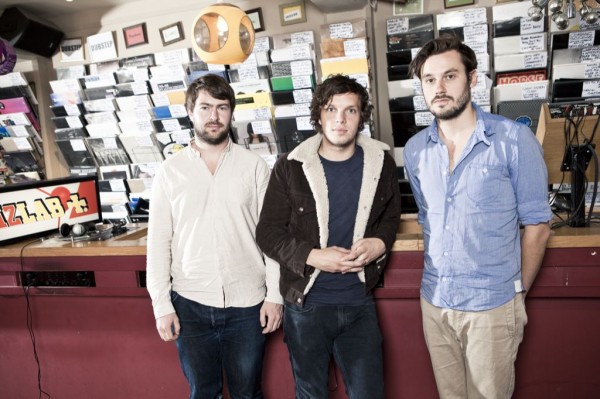 Last week the first RizLab event with Jamie xx and Quayola had to be postponed due to the protests and disruption in London.

While we work on rescheduling the performance, we’re delighted to announce that Friendly Fires will be the next artists to work with RizLab – curating a one-off exploration of “The Past, Present and Future of Dance Music” in the RizLab arena on the opening day of Bestival.

RizLab was created to allow credible, pioneering artists to freely experiment and embrace their creative passions. Anyone who has heard one of Friendly Fires’ infectious tracks over the past few years can’t have missed the dance influenced groove that underpins their music. RizLab are now enabling Ed, Jack and Edd to create a unique environment to showcase their love of dance music. As well as handpicking this special line up, Friendly Fires are also gearing up for potential live collaborations on the night.

Moshi Moshi founder Stephen Bass is one of the creative curators for RizLab. He’s a renowned talent spotter and was one of the first people in the industry to spot Friendly Fires’ unique ability to mix anthemic songwriting with dance floor fillers.

Stephen commented: “I’ve known Friendly Fires for a while so, when we first started doing RizLab, they were the first band that I went to speak to. As soon as we started talking about what we could do they were immediately attracted to the idea of exploring their love of dance music in a live environment.”

Friendly Fires commented: “Our goal was to have a line-up that acted as a timeline to show where electronic music started and where it is now. The idea was to create a bill of legendary yet varied names from the genre to create something perfect for Bestival. As a band we’re always been keen to show off our genuine love and passion for dance music. It’s great to have this opportunity to select our own line-up as it’s not something we’d normally have the opportunity to do.”

The line-up will include:

PAST: Frankie Knuckles and A Guy Called Gerald

More detail on “The Past, Present and Future of Dance Music” RizLab project, and the RizLab arena line-up for Saturday and Sunday, will follow shortly.

To see Friendly Fires talking about their RizLab project go to www.rizlab.co.uk/projects

For more information on Bestival and to buy tickets check out www.bestival.net

RizLab is a project created to allow credible, pioneering artists to freely experiment and embrace their creative passions. Launched to create interesting and innovative music experiences, RizLab embodies the new and the unexpected. Whether live or in the studio, visual or aural, solo or collaborative, the RizLab projects will offer unique, spectacular, one-off experiences.

At the head of RizLab is a duo of creative curators; Moshi Moshi founder Stephen Bass and Tom Baker from Eat Your Own Ears.

Friendly Fires have released two critically acclaimed albums over the past three years and have been nominated for two Brit Awards and a Mercury Music Prize. The band have always been influenced by dance music and electronica, from Ed’s early releases on Skam and Precinct Recordings to the disco, house and techno influenced DJ mix album the band released as part of Bugged Out’s ‘Suck My Deck’ series (K7! Records)