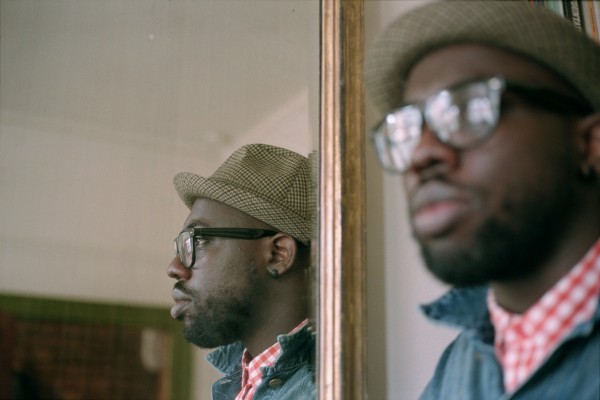 HP and Last.fm recently announced a partnership, celebrating the Beats audio technology that comes with HP Premium PC, laptop and tablet devices through a series of live music events and artist interviews, curated by Last.fm.

The partnership has already seen secret pop-up acoustic sessions from Sheffield duo Slow Club in Soho Square, and London based quartet The Boxer Rebellion on Carnaby Street – both were hosted by the Black Cab Sessions.

Next up is Barclaycard Mercury Music Prize nominee, Ghostpoet (aka Obaro Ejimiwe). Heralded a mighty force to be reckoned with by inspirational figures such as Roots Manuva and Mike Skinner of The Streets, Ghostpoet is no flash in the pan. The softly spoken 24 year-old has already won over BBC Radio 1’s foremost tastemakers via a fistful of off-kilter, loopy electronic ditties blessed with his lazy baritone. With anticipation for his album brewing nicely, Obaro released the aptly titled Peanut Butter Blues & Melancholy Jam in February 2011 via Brownswood Recordings. Crammed with his loveably ramshackle homemade productions and instantly recognisable vocal ditties, Peanut Butter Blues… is a neat summation of the MC’s musical journey to date, but also an impressive statement of intent that won him his nomination for the Barclaycard Mercury Music Prize.

Ghostpoet‘s pop-up session is planned for Monday August 22nd and will take place at 8.00pm at The Big Chill Bar, Brick Lane.

This marks the last of the pop up sessions, hosted by Black Cab Sessions in association with Last.fm. The live sessions picked up on the essence of HP’s Beats technology by giving fans the chance to hear music exactly as the artist intended from artists handpicked by Last.fm, the leading music discovery service.

Alongside the live music activations, HP will be giving its Facebook community access to exclusive content captured by Last.fm at some of the summer’s most popular music events. With access to some of the most hyped musicians of the moment, Last.fm and HP will interview these artists around the Power of Sound in their lives and will also be taking questions from the HP Facebook community to discover the influences behind their music and what drives their passion to write and perform.

Following an exciting summer of music, the partnership culminates with a large-scale live music event hosted in London – more details to follow.