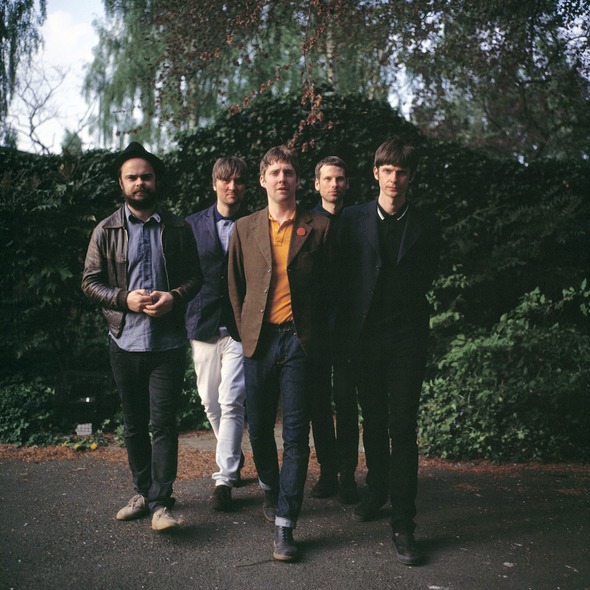 Accolades, awards, achievements and albums have documented the Kaiser Chiefs past six years. From the multi-million selling debut ‘Employment’ back in 2005 through to the recent and innovatively launched ‘The Future Is Medieval’, the band have continually excelled and excited the public on what can only be described as a rollercoaster experience.

2011 witnessed the band kick off their latest installment of live dates – a summer punctuated with numerous Festival appearances across the world including Fuji Rock, Splendour In The Grass, Werchter, Hurricane / Southside and Sziget and on home soil appearances at Glastonbury, London’s Hyde Park and V Festival.

Following the release of their fourth album ‘The Future Is Medieval’ and the accompanying brouhaha the band announced news of some of their largest shows to date (now Sold Out) when they confirmed two nights at Leed’s Kirkstall Abbey in the summer twilight of September.

Having cemented a reputation as a phenomenal live act, these dates – along with a cast that includes the likes of Frankie & The Heartstrings, The Cribs and Gruff Rhys – will no doubt bring down the curtain down on the British summer.

New single ‘Man On Mars’ , taken from ‘The Future Is Medieval’ sees both lead singer Ricky Wilson and drummer/ vocalist Nick Hodgson share lead singing duties for the first time. The track (although nothing to do with David Bowie) has been co-produced by his erstwhile producer Tony Visconti and Hodgson and mixed by Cenzo Townsend.

‘Man On Mars’ is released on August 29th 2011 through B-Unique/Fiction Records.

Nirvana’s Krist Novoselic to perform ‘Nevermind’ in its entirety