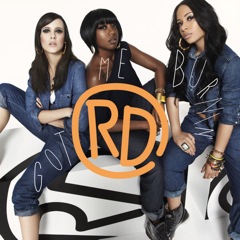 Sisters with attitude
Dazed And Confused

They’re kicking the pop game up the rear. Hard.
RWD

Exciting female collective, RD, are bringing some much needed substance and style to the UK scene by unleashing new single Got Me Burnin’ on 25th September.

Working with renowned UK producer Geeneus (Katy B, Rinse FM), hard-core upbeat banger, Got Me Burnin’ is a stellar first single which is bound to light up club floors across the country. With an impressive list of producers jumping on the remixes including, Hudson Mohawke, Solo and Vato Gozalez, the girls are covering all bases and taking no prisoners.

Tipped as One to Watch for 2011 by MTV, the London based trio – Troy, Martika and Chronz – were discovered on MySpace and worked tirelessly to build up a solid reputation in UK underground by working the live club scene. A reputation which has attracted the likes of Wretch 32, Marvell Boys and Baby Blue, all now considered friends, and all of whom featured on their recent highly-acclaimed mixtape – 20,000 downloads and counting. Having built their foundations on their exceptional live performances, the girls are sure to impress as they embark upon a nationwide club tour this summer.

RD’s first love continues to be the UK music scene and they are long-standing stalwarts of the movement. Manifesting itself through recent collaborations with a multitude of luminary British producers, including Benga (Magnetic Man), Yogi (Wretch 32) and Geeneus, the album, due 2012, promises to blow you away.