A Chat With Barricades Rise! 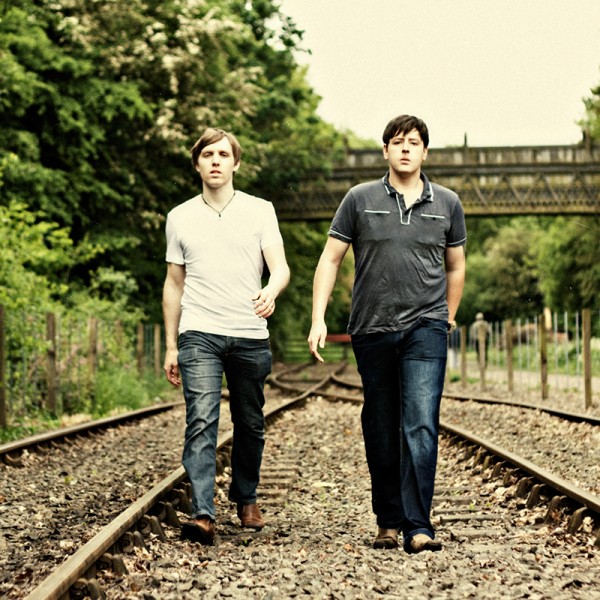 Orna Lyons had a chat with Barricades Rise – here’s what she discovered!

AAAmusic: What was your biggest influence or inspiration when writing this album?
Michael McEntee – Musically I’d say we were turning a lot more folky than our debut album. We were listening to a lot of Mumford and Sons and Langhorne Slim.

Jonathan Coates – There was no concept behind the album. Lyrically, the album covers loads of different subjects.  We had actually planned to release a few more free download EPs like the No Love Lost EP we released in 2010 however, when the new ideas started to flow we felt that an album would be the best thing.
AAAmusic:You have been playing together now for 15 years, in what way do you think you have evolved as a band?
JC – For 11 years of that time we played in various ‘full’ bands covering the whole spectrum of Indie/rock. The way we have evolved is to shed members and distortion pedals and become a two peice acoustic act. When playing live, there’s nowhere to hide when you are stripped down to just two guitars and vocals and because of that, we have to think about the songs more and how to make them interesting and varied. Although we have a few more instruments on the album, we still have to make sure these songs sound just as good live. I guess i am trying to say we have moved forward by stripping back.

AAAmusic: There is a lot of musical diversity to be heard on the album, what type of music do you guys like to listen to yourselves?
JC – Anything with good melodies. It doesn’t matter who its by, if its got a good melody then  I will listen. I gave up musical snobbery a good five or six years ago and my life has been better ever since.

MM – I go along with Jonathan really. In the past 2 years I’ve turned a lot more to the folk side, but if there is a great dance tune with a catchy melody then that’ll be on the stereo too.
AAAmusic: What is your favourite song on the album to play live?
JC – I am currently loving ‘When We Were Young’

MM – Roundabouts. it’s the oldest song on the album and the extra few months of playing it live has cemented it as a regular in the set.
AAAmusic: The music scene in the UK is flooded with independent bands. Do you feel a sense of competition with other local bands?
JC – We dont feel we are in any kind of competition with local acts and we often champion acts we like. I think at this grass roots level its benifits everyone to work together and try and create the best local scene as possble.

MM – What we’ve found is that we’ll be getting a review or interview then two weeks later a local act will be on the same site. This is a GOOD thing! We daily go searching to see what local bands are doing, and steal their ideas :)
AAAmusic: In this digital age are you concerned about people sharing your music online and illegal downloads?
JC – Not really. We sell a lot of CD’s at gigs and if they want to copy one for a friend or two then so be it. I think you need to be a few rungs up the ladder before this type of thing starts to become detrimental to a band. For us, the internet is our greatest tool and has allowed us to gain fans in many different countries around the world.

AAAmusic: What is your favourite place in the UK to gig at?
MM – We love the tiny little venues where you can have a chat with the audience between tunes. There are several that come to mind. The Maudsley in Coventry and The Crumblin’ Cookie in Leicester are our 2 favourites.

AAAmusic:  Are there any new and upcoming bands that you have worked with or that have caught your eye that you would recommend?

MM – There’s a chap from Northampton called Keble Stradling who’s got some great tunes. Our support act for our album launch, Stylusboy, is also making waves and is one to watch.
AAAmusic:What artist or band would you particularly like to work with?

MM – I guess the obvious choice is Mumford and Sons. They brought the folk rock scene (that we started) to the masses. Or maybe Proffesor Green.

AAAmusic:  Finally, what is coming up in the future for Barricades Rise?
JC – More gigs, more songs and hopefully gaining more fans along the way.
MM – yeah, promoting the album (www.barricadesrise.co.uk !) and playing more gigs.