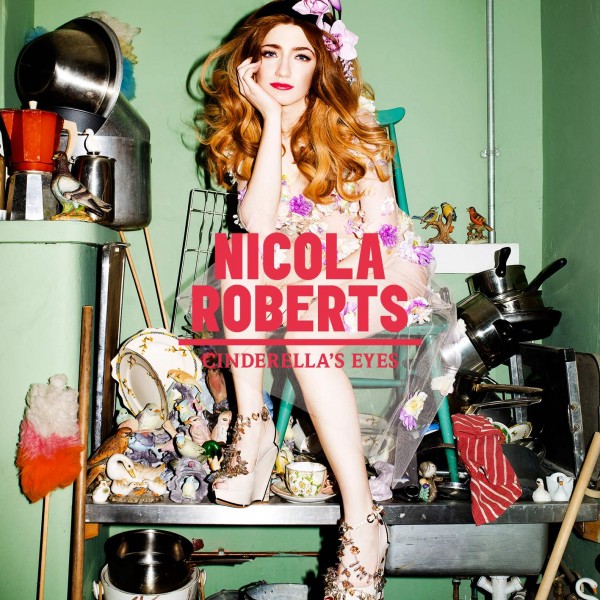 The album has become one of the most anticipated pop releases of the year following the lead single, ‘Beat Of My Drum.’ Teaming up with a stellar list of producers and co-writing all the songs [apart from one cover] Nicola has spent the past 18 months working on the 12 track album. Collaborators include Dimitri Tikovoi, Diplo, Metronomy, Dragonette and Invisible Men. As fresh as anything you’ll hear this year the album is a riot of colossal pop melodies, underground sounds, singing, rapping and astonishing honesty.

There’s ‘Yo-Yo’, which marries classic pop lyrics (“don’t want to be the last to know, will it be a yes or a no?”) to a post-Dalston Ronettes vibe and a pulsing, demented electro breakdown. The brilliant ‘Porcelain Heart’ is quirky, bonkers pop, while ‘Sticks & Stones’ is a series of frank snapshots behind the scenes of life in a pop band (Spoiler alert: it’s not always laugh-a-minute). Most tellingly, the breezily confrontational ‘Take A Bite’ – “you push me to fight, everybody’s got a limit, so put ’em up” – feels like an object lesson in what it might sound like if, having been yelled at, heckled, told she’s ugly and crap for almost a decade, a 25-year-old was finally allowed to scream back.

“I had to feel like I would say and mean every single one of these lyrics,” Nicola recalls on writing songs for the album. “I would say, ‘I’d never say that in a million years, why would I put it down just because it rhymes?’ It’s as simple as this: I’ve been given an opportunity to make the album I want to make, so I’ve absolutely put every last bit of heart and soul into it.”


The album will be preceded by the new single ‘Lucky Day,’ released on Sept 18th. The single, a collaboration with Dragonette, was one of the first songs Nicola wrote as a solo artist and fittingly, the song is an optimistic pop belter with its feet firmly on the dancefloor.