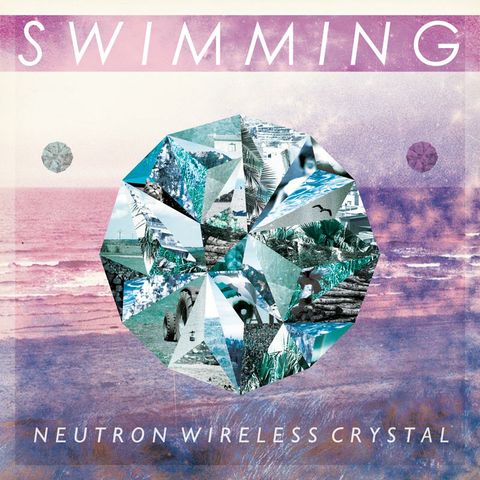 ‘Like an indie hovercraft powered by amphetamine guitar’ – The Times
‘Thrumming Krauty alt rock that knows the value of thrill’ – NME
‘Listening to Nottingham Swimming is like going on a kind of magical, out-of-this world adventure’ – Rock Sound

‘Neutron Wireless Crystal’ is to be the second single from Nottingham’s trailblazing five-piece Swimming, released on October 16 via Tummy Touch Records (Tom Vek, Groove Armada). Having packed out Hoxton Bar and Kitchen this summer, they will now play a set of UK dates as guests to Love Inks, including London’s CAMP on 21 September.

Swimming’s first single – ‘Sun in the Island’ – came out on New York’s influential EVR Records earlier this year. It received across-the board spot plays on Radio 1, and support from the likes of NME, The Fly and The Times. New single ‘Neutron Wireless Crystal’ picks up where its predecessor left off, but expands the band’s kaleidoscopic horizons once more. Named after the crystals used in early transistor radios – the first instruments of modern-mass-communication – this is a textured and imaginative blend of swirling synths, psychedelic rock, drum machines and intense, melodic pop.

Beneath all this musical craftsmanship, there is a reflective and fundamentally positive quality to Swimming’s music. Lead vocalist John Sampson describes ‘Neutron Wireless Crystal’ as being about how “our lives are connected and intertwined with people from around the world, in a way unique to our generation, and this is challenging the order of things as they stand.” The exhilarating ‘Mining For Diamonds’, meanwhile, concerns a spate of nervous breakdowns and suicide attempts witnessed by John among his social circle, “but Mining For Diamonds is about the latent potential for us to overcome this within ourselves” he reveals.

And whilst their songs are far-reaching and musically fantastical, Swimming’s roots are somewhat closer to home. The band are the brainchild of the idiosyncratic Sampson, who has lived variously in Australia, England and Cocos Island (before settling in Nottingham). He formed Swimming with his brother Peter – a former UK champion beat boxer – together with Andy Wright, Joff Spittlehouse and Blake Pearson (who creates the band’s artwork). Though you wouldn’t guess it, their music is still self-produced in a small mining town in Notts, balancing tradition with invention (rock and post-rock recording techniques, guitars as well as samplers). Their willingness to experiment doesn’t end with the tracks themselves: the band are releasing headphone-only, binaural videos of both songs on this new single, recorded on a beach in Bamburgh.

For a band in their formative years, Swimming have tallied an impressive comparison rate: they’ve already been likened to over 100 different bands, ranging from The Flaming Lips and MGMT to Late of the Pier and Brian Eno. The reality is that Swimming exist in the space in-between things, and have created a sound that is unique and absorbing. As befits their name, Swimming are a fluid proposition, and a band to be submerged in.

Roots Manuva new single ‘Get The Get’