A Chat With Deep Cut 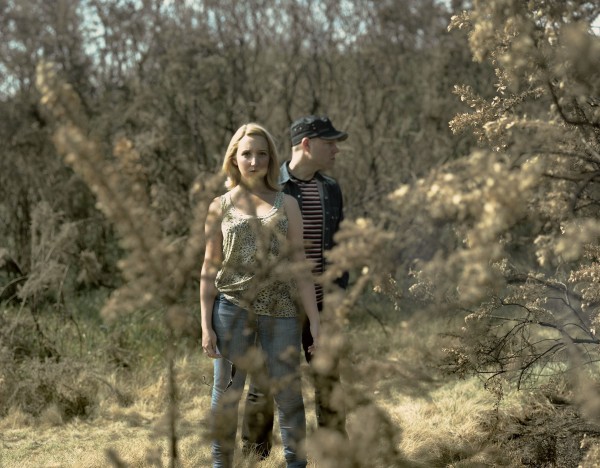 Katie H-Halinski talked to Deep Cut and discovered a lot of interesting things ahead of their release!

AAAmusic: Hello, first things first: your sound could be loosely described as shoegaze, but this isn’t 100% accurate on listening. What would you describe your music as being, for those who haven’t heard it yet?

I used to dislike the shoegaze tag as I always associated it with being criticised, back in the days of Revolver. It was a negative term. But gradually it’s been accepted as a term for  a certain type of music, and I suppose I kind of accept it now. So if people want to call what we do “shoegaze”, that’s fine, but I think that it’s a very lazy way of describing what we do. There is a lot more, I think, to what we do, than just playing and looking at the floor, putting no personality across, and copying My Bloody Valentine. You know, we like the Byrds as much as MBV! I describe it as 21st century psychedelic pop music.

AAAmusic: There is quite a story behind the way the band formed, as it seems to be almost a sort of family thing. Would you say that this has in any way made the creative process/band dynamic different from that of other bands?

Probably, yes. But I spent so long being in bands and making music with other people, that it’s really refreshing to be doing it with people who are the closest to me. We can be more honest, I think. There is less ego involved. These are my best friends, as well as being family. I mean, we might all fall out really badly in the future – but I doubt it! At the moment it all works very well.

AAAmusic: The name, Deep Cut, stands out as rather attention-grabbing. Is there any particular meaning behind it?

We liked the fact that it could mean a few different things. Some of our songs are quite violent in a way, so I guess it could refer to wounding someone – emotionally or physically! But also I like the way it could be used to describe a particular song, you know, a heavy track. But, basically it just sounded good, and looked good on paper.

AAAmusic: Your songs, despite being catchy, aren’t exactly your normal everyday fare, and vary widely in style, like ‘About Face’ and ‘The Letter’. How do you create your songs both sound-wise and lyrically?

I usually come up with the first idea, whether that’s chords or a bassline or just an idea – maybe using a loop or a sample. Me and Si then mess around with it on the PC, to try to develop it into more of a song. Then we give it to Emma to add some vocal ideas, and develop that altogether, to the point where we can do a proper demo of it. Then, we either take it into the rehearsal studio and let the band work on it together, to finish it off – or we just finish it without ever playing it live. Lyrically, Em writes the vast majority of the lyrics – but we tend to come up with the ideas for the themes of the songs between us. I didn’t particularly want to write straightforward love songs in this band; I wanted us to write and sing about different kinds of personal situations, other kinds of relationships you have with people. We really like the idea of the pop song as a fleeting glimpse into something – it can be a 3 or 4 minute song, but you’re singing about something you only ever felt for a split second. I think that’s interesting, taking that one split second of thought, and writing a song about it – even if you never felt that way again in your life.

AAAmusic: Following on from that, what/who would you name as your inspirations and influences?

We all love lots of different types of music… the bands that have affected me the most through my life are The Smiths, The Jesus and Mary Chain, Sonic Youth, My Bloody Valentine, New Order, Primal Scream, Dinosaur Jr. But I love the Beach Boys just as much, the Beatles, Big Star, Motown stuff, The Who, Love, the Byrds… Neu, Can, Harmonia, Kraftwerk, I like a lot of 60s garage and psych stuff; I like a lot of 90s hip hop – A Tribe Called Quest, Pete Rock and CL Smooth, Brand Nubian, Gang Starr, Big L, Nas, Wu-Tang Clan… and we love really great acid house and techno.

AAAmusic: If Deep Cut were to curate their dream festival, who would be on the lineup?

All the bands above…. with DJs Andrew Weatherall, Slam, DJ Riz, DJ Eclipse, and me.

AAAmusic: Your new album seems to follow a trajectory as far as mood goes. Is there anything in particular you hope listeners will get from it?

Well, great music should be uplifting I think. Even if it’s down, strung out stuff, I think you should still get a feeling of joy from it. All my favourite records make me feel happy. So, if people find it uplifting in some way – that’s good enough for me.

AAAmusic: Finally, any advice for the hopefuls out there wanting to get into music?

I’m not sure anyone would want to follow my advice really, I’ve gone about things in a funny way to be honest! But I guess I’m still making records after 20 years of doing it, so maybe I’m doing something right. One thing I’ve always done is only done stuff when I’ve really felt it was right. You know, not be forced into things… and tried to trust my gut feeling. Sometimes it’s worked, and sometimes it hasn’t, but it’s kept me honest. I’ve believed in everything I’ve been involved with, and I’ve turned a lot of things down when it didn’t feel right, wasn’t appropriate, or didn’t fit in with my life. And while I might not be selling millions of albums – I’m happy… and I think my band just made the best record I’ve been involved with writing.

A Chat With Macks Faulkron