A Chat With Macks Faulkron 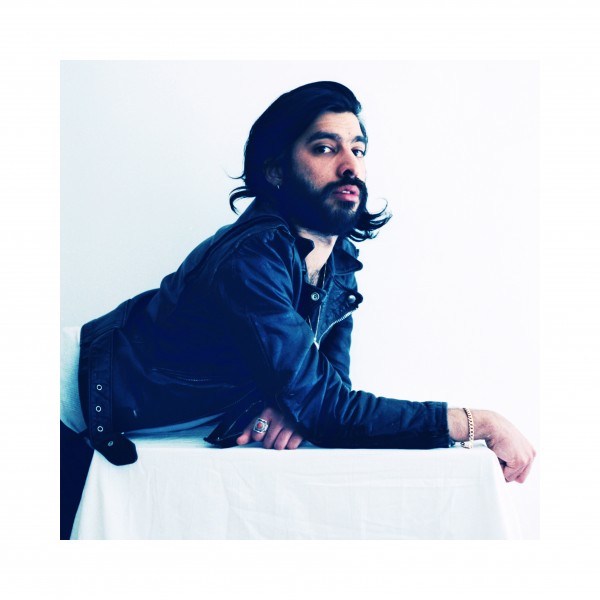 Orna Lyons had a chat with Macks Faulkron – here’s what she discovered!

AAAMusic: Do you channel your real life influences when writing songs?

I guess I do and I guess subconsciously when I think I’m not, I really still am. It’s a bit of an ego trip being a one man band but I guess I cancel that out with my self doubt. My influences for writing and making music really come down to the fact that it’s the most expressive outlet for me to portray my emotions and dance moves. I wanted to be a painter but painting Penelope Cruz kissing a Goat and calling it “Donkey” Love wasn’t helping my rep, you know what I mean?

AAAMusic: Hairspray is quite an ambitious song; do you think you could re-create the sound in a live setting?

Ha, that’s funny, you sound like my old art teacher when I said I wanted to get into to Saint Martins and he laughed. He said something like ” you’re ambitious buddy but you ain’t you got it “. Mr Sarcefield, what a prick. Guess what, I got in! Yeah, It’s possible and it would look dope, I originally wanted to get three hot chick synth players on board and a drum machine and a live drummer and I was going to do all this crazy shit with this new vox pedal/loop machine I picked up in New York. Then I planned to use some of my Islington Community students that I work with. I run a music workshop for kids in Islington at my studio and we’re in the process of cutting a record. I thought it would be cool to incorporate them with this, something totally unique and naive like Hairspray. Obviously getting clearance is tricky but I would really like for this is to happen. Could you imagine touring with a group of 10 – 16 year olds. Maybe forget that one.

AAAMusic: What inspired you when making these tracks?

I just wanted to get a record out there that was me. I’ve been touring and playing in all these various bands as drummer, guitarist, bass …whatever, but never had been able to craft some songs of my own and be like, “yeah, that’s what i got into this for” and not to constantly back up someone else with the whinging of how to play your part….. It was all done real quick, people think cos I run a studio I have loads of time but it’s not like that. I cut the whole record in about 10 days, working hard and just trying to connect with myself in a way that I probably never have done before. However sincere, humorous or dark a record may sound you can never really envisage the emotion, pain, and stress, of that artist.

AAAMusic: What kind of music do you listen to yourself?

All sorts. I’m writing an electro record to follow ” Friends ” now so i’m listening to that sort of thing. My friend Matt really got me into Fred Ventura recently, he’s like a Italo disco artist. Hudson Mohawke is cool, isnt he? My roots are in country, like Parsons, Allman Brothers and then into 60’s stuff like Billy Nichools and Billy Thorpe. Lindsey Buckingham was on my stereo a lot when recording this record. There is to many to mention, Bobby Conn, Jeanette, Edgar Broughton Band, Dungen, Nikki Sudden, Sly, Girls………

AAAMusic: Do you feel that having a background in producing helps when making your music?

Yeah, sure. It’s like brain training and it’s something I do everyday now. I’ve been lucky to work with some great artists and you learn a lot from each other so I think I have improved all round as an engineer and as a musician.

AAAMusic: What do you think separates you from other groups of the same genre?

What genre am I? I really don’t know. Let’s call it ” Faulktropop ” Its gonna be huge in Germany!

AAAMusic: You are releasing two EPs within a short space of time; did you ever consider putting all of your material on one album?

I did but only briefly. It didn’t make sense to do so. Hairspray is so far off from anything on ” Friends ” that this seemed more fitting. Plus you get a crazy B-side with Hairspray too.

AAAMusic: What is coming up in the future for Macks Faulkron?

I have a few records in the pipe line to produce and in between that, EP number 2 is on its way. This one is going to be much more Electro, more in line with Hairspray but not the same. It’s early doors but it’s sounding heavy and totally rad! I have a load of dj sets booked around Europe coming up in September and I’m thinking about taking my girlfriend away for the weekend soon if you’re interested.

I’m filming the video for Hairspray this weekend with Luke Franklin so keep your eyes peeled for that one.

A Chat With Deep Cut