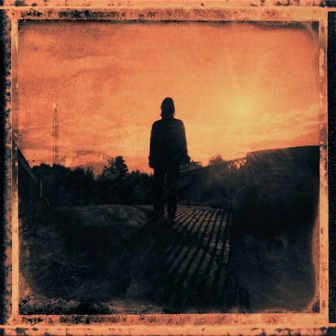 On September 26th, Kscope will release ‘Grace For Drowning’, the new solo album from Grammy nominated Steven Wilson. Well known as the founding member of Porcupine Tree and his work in Blackfield and for working with the likes of Pendulum [on their number one album ‘Immersion’], King Crimson and Opeth, ‘Grace For Drowning’ is the second album released under Wilson’s own name, and builds on the artistic inroads he forged with 2009’s exceptionally well-received ‘Insurgentes’.

Speaking on the album, Wilson said:

“‘Insurgentes’ was an important step for me into something new. This record takes that as a starting point, but it’s more experimental and more eclectic. For me the golden period for music was the late sixties and early seventies, when the album became the primary means of artistic expression, when musicians liberated themselves from the 3 minute pop song format, and started to draw on jazz and classical music especially, combining it with the spirit of psychedelia to create ‘journeys in sound’ I guess you could call them.

So without being retro, my album is a kind of homage to that spirit. There’s everything from [Ennio] Morricone-esque film themes to choral music to piano ballads to a 23 minute progressive jazz–inspired piece. I’ve actually used a few jazz musicians this time, which is something I picked up from my work remixing the King Crimson records.”

‘Grace For Drowning’ also represents a milestone in audio fidelity as the first-ever new rock album released primarily as a Blu-Ray video disc, with music in 5.1 surround sound and accompanying video content for every song. The video will also feature videos starring Wilson [a rarity in his career] as well as footage from the recording, mixing and mastering sessions .

For the most avid collectors, there will be a deluxe edition featuring the Blu-Ray version, 3 CDs, and a 120-page book of artwork and notes.  It will also be released in vinyl and compact disc formats.

Steven has also announced a UK date at London’s Shepherd’s Bush Empire on October 31st as part of his European Tour.