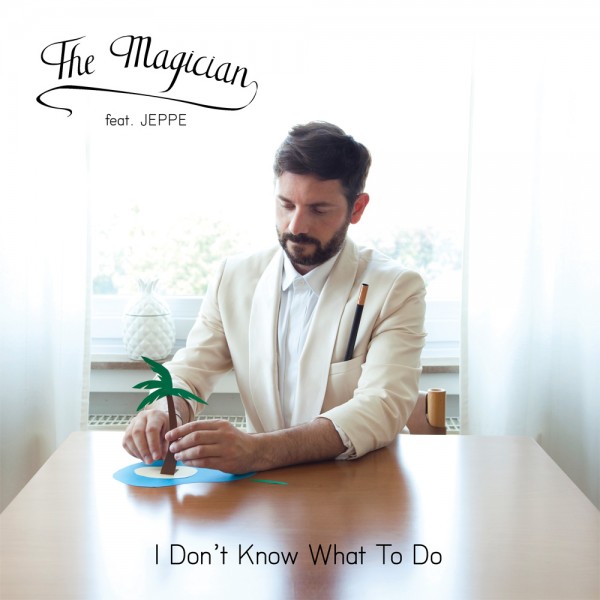 The Magician aka Stephen Fasano, formerly of Aeroplane fame delves into his eclectic bag of tricks and conjures up a stunning debut single in the form of ‘I Don’t Know What to Do’, out on the legendary Kitsuné this autumn. Featuring the vocals of rising star, Jeppe Laursen, this devilishly tasty record showcases some of the finest remixes around including re-workings by Fabian, Plastic Plates and Second Date.

After making the decision to fly solo from Aeroplane, Stephen appeared under his new guise, The Magician, and made his popular ‘Magic Tapes’ mixtape series available as free download on Soundcloud with no tracklisting, adding an air of mystery about these mixes. The concept created a staunch, loyal following among music aficionados that fourteen of these ‘Magic Tapes’ have been released.

The Magician’s remix of Lykke Li’s ‘I Follow Rivers’ became an instant cult hit and garnered over 3 millions plays on youtube and a number one chart position on Hype Machine. Stephen’s midas touch continued and his productions are now in demand from peers and luminaries alike.

The success of ‘Twist’ released with Yuksek aka Peter in Peter & The Magician, being played out across clubland this summer has contributed to The Magician’s meteoric rise. ‘I Don’t Know What to Do’ is a pure piano disco-house jewel enlightened by Jeppe’s voice. The club mix and the remixes by Fabian and Plastic Plates, are punchy electronic excursions and are perfect peak time club bangers.

Catch the show while you can.

The Magician Feat. Jeppe “I Don’t Know What To Do” (Original) by TheMagician