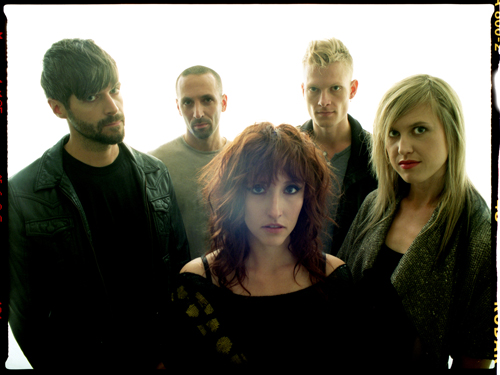 “A consistently remarkable record throughout.” – Artrocker (5/5)

Canadians Mother Mother will be making their long-awaited return to the UK, playing a one-off date at the Lexington in London on 10th October. This coincides with the release of a new single ‘Baby Don’t Dance’. The track is taken from the band’s recent third album ‘Eureka’, a record which offers up eccentric, hook laden pop-meets-rock songs housed in creative arrangements with clever lyrics and intricate harmonies.

Produced by Mother Mother’s own Ryan Guldemond and mixed by Mike Fraser (AC/DC, Franz Ferdinand, Elvis Costello), the 12 new tracks that comprise the album surpass their predecessors with a greater sense of cohesion, exuberance and overall sonic depth. Guldemond, the group’s chief songwriter and front man describes the album as “a vivid depiction of where the band’s at right now, which is the height of our musicianship, song writing and strength as collaborators”.

Mother Mother’s notoriety stems not only from their knack at making great records, but also due in large part to their remarkable live show. On stage, this group of five delivers a big sound, executing pristine vocal harmonies while utilizing a variety of multi-instrumental talents. Ryan, wielding rhythm and lead guitar, sings lead in his unique, brazen falsetto, while the flanking vocal support of Jasmin Parkin and Molly, who both take on key and synth duties, complete the front line. Jeremy Page on bass and horns, and Ali Siadat on drums and electronics round out the rhythm section to provide the music with an unbending backbone and multidimensional soundscape.