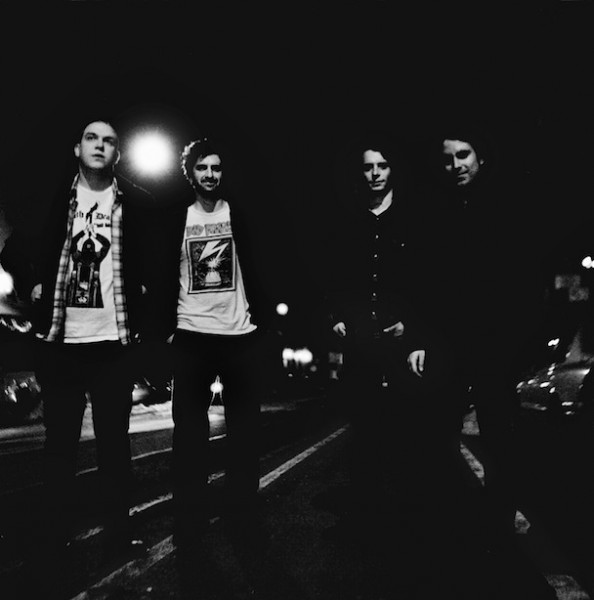 The Men yes, “The”, are a four-piece post punk outfit from Brooklyn, NY. Their catalogue which began in 2008 with a hand-dubbed self released demo cassette has grown to include two LP’s- We Are the Men and Immaculada, two more tapes, and a 7”.

They have toured three times, played over 75 shows and have grown a following of die hard fans crowding into living rooms and basements throughout the five boroughs desperately trying to see them. The buzz in their hometown has grown so fervent that the Village Voice debuted this album’s first single, “Bataille” a full six months before the record was scheduled to street in the US. Named after the famed French pornographic writer the track review expounds, “rides a pug-ugly joy-punk riff into almost krautrock oblivion–complete with gorgeous voice cracks and face-mooshing distortion.”

Listen to the track Bataille here

Nick Chiericozzi, Mark Perro and Chris Hansell recorded this album at Python Patrol in 2010. Rich Samis joined the band shortly after and is now their full time drummer. Having three songwriters in the band allows them to pull from innumerable post punk sources, referencing drone, metal and even Spaceman 3 lyrics on Leave Home.

Recording to tape for the first time here, using elements of distortion, feedback, pop hooks, and a couple of beautifully destructive instrumental passages, The Men have been described by Mishka as, “more composers than musicians.” They have breathed new life into the genre of hardcore and created a seminal album that is truly for punks of all ages. Look for them on tour this fall.