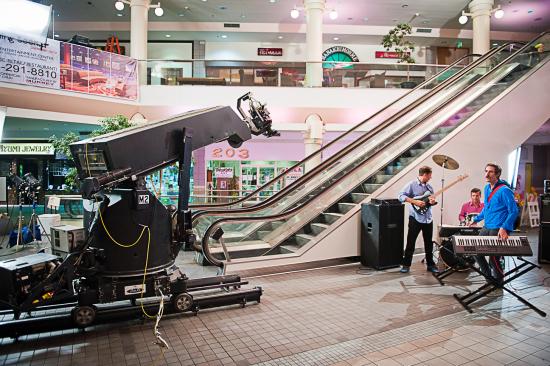 The My Machines video was a collaboration between Battles, Warp Records and The Creators Project’s The Studio, which produces and distributes works from artists representing a cross-section of creative disciplines.

The band will be playing the following UK dates as a part of their upcoming tour.

About Warp:
Warp is one of the World’s leading creative institutions, with a renowned roster of musicians (Warp Records) and filmmakers (Warp Films).

Watch and listen at www.warp.net

About The Creators Project:
Launched in 2010 by Vice and Intel, The Creators Project is an ongoing global initiative dedicated to supporting artists in realizing their creative visions through technology. The project includes an online community, a content creation studio, and a global event series. The project unites a vast collection of artists, designers, musicians, and filmmakers who are using technology to push the bounds of creative expression. To date, there are more than 150 Creators involved, hailing mostly from seven countries (United States, United Kingdom, Germany, France, Brazil, South Korea and China) along with other artists from around the world.

Watch the film now at www.creatorsproject.com