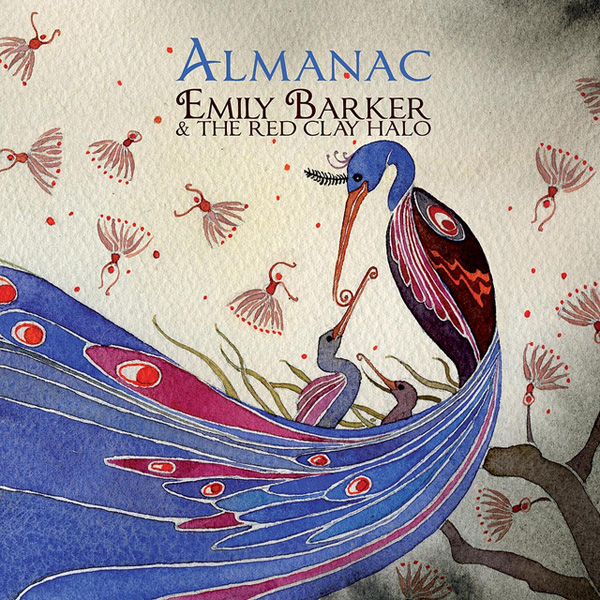 Emily Barker: one of the most critically acclaimed female folk artists of recent years.

November 2011 will see the release of Emily’s 3rd album ‘Almanac’.

With 2 tracks used by the BBC to soundtrack prime-time TV series Shadow Line and the multi-award winning Wallander, live sessions recorded for Dermot O’Leary, Cerys Matthews, and Lose Lips, a ‘Record Of The Week’ from Nemone on 6 Music, and glowing reviews from Q (4/5), The Times (the hills have yet to be emptied of gold if you know where to look), BBC (‘Almanac’ – editor’s choice Feb 2011) and Uncut, Emily Barker is a name on the ascendancy.

This October Emily, with her band The Red Clay Halo will head out on her biggest headline tour to date (listing below) before spending November on tour in support of good friend, and regular guest vocalist, Frank Turner.

In support of the tour we’ve got some sumptuous sites and sounds for you to enjoy:

Be great to hear if you think it’s something we could look to cover as part of tracks in the coming weeks.

Almanac is the third album by Emily Barker and The Red Clay Halo band. The album is soon to be given a full nationwide release on 14th November 2011 on Emily’s own label, Everyone Sang. All 11 songs are self-penned and the album was produced by Emily and Ted Barnes (Beth Orton/ Clayhill).

Almanac is the second of Emily’s albums to yield the theme for a major television drama. First, the track ‘Nostalgia’ from 2008’s Despite The Snow, was selected as the theme to the BBC one series of Wallander and went on to win BAFTA and Television Awards. This was followed by the mesmerising ‘Pause’, which was used for the BBC 2 series The Shadow Line, broadcast in May and June 2011 (and starring Christopher Eccleston, Stephen Rea and Rafe Spall among an extraordinary cast).

Together, these women have not only toured the UK and internationally but have also recorded three distinctive albums. The first was Photos.Fires.Fables. (2007) – an eclectic tapestry of old-time narratives weaving gothic stories of tragedy, love and  lessons hard learnt…

‘This is a gorgeous, sincere voice that grabs you and won’t let go’ – The Sun

Followed by Despite The Snow (2008) – recorded in just 4 days over a snowy Easter weekend in Norfolk. Critically acclaimed in the UK and Australian music press, its opening track ‘Nostalgia’ became the theme tune to BBC One drama Wallander starring British actor Kenneth Branagh.

‘The hills have yet to be emptied of gold if you know where to look.’ – The Times

February 2011 saw the intial release of Almanac to radio, immediately attracting strong support from the BBC with sessions for Cerys Matthews on 6 Music and Radio 4’s Loose Ends. The single Little Deaths, was picked as record of the week on Nemone’s 6 Music show. A stream of sold-out UK tour dates followed, culminating in a rapturously received show at London’s St Giles-In-The-Fields church at which Almanac was performed in its entirety.

‘This is a dream of a record. A new Marling, then? No, Barker offers something else…’- BBC Music editor’s choice Feb 2011

The band’s albums are released in the same independent and imaginative spirit with which Emily and her band approach their song making. They are entirely self-financed and released on Emily’s own imprint Everyone Sang, with Almanac being jointly funded by spareroom.co.uk and a pledgemusic.com fan-funded campaign.

This october Emily will be taking to the road on a headline tour, before joining Frank Turner for a 6 date tour. In advance of the tour a video for new single ‘Billowing Sea’ has been made, and can be seen below: