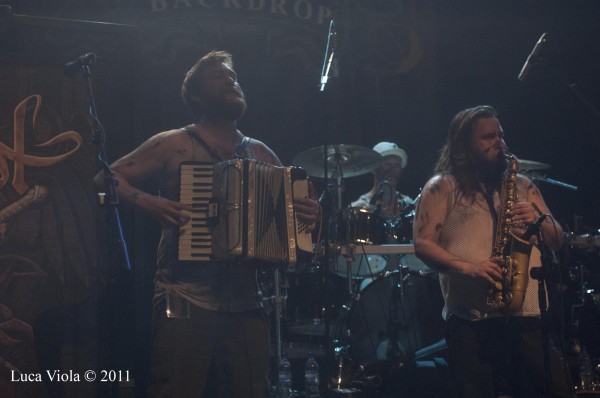 Once again it’s time to hear the call of the Northern forest, the ancient Gods will be sung through stories of wars, battles, magic, wisdom, prophecies and mysteries. The Heidenfest – at its third edition – groups together six bands for more than 20 dates in Europe this October.

October the 11th, the Viking ship lands at the HMV Forum in a still-warm autumn afternoon.

A horde of warlike and spiritual pagans is already waiting outside the Forum from the early afternoon as the Festival is set to start at 5:00pm with the first band. Unfortunately, for the London crowd, one of the most interesting bands of the bill has to cancel the appearance. In fact, Arkona (a Russian folk-metal band) due to unforeseen circumstances is not able to play at the Forum. On board there’s a gigantic line-up of the finest pagan and folk metallers anyway. But, the last minute news forces the organizers to move stage times to 6 o’clock (fortunately all the bars are already open). 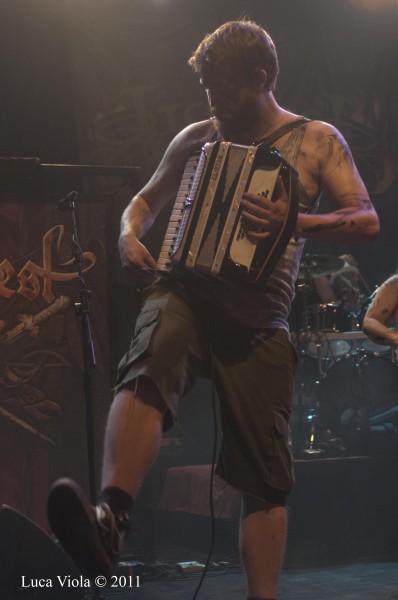 The atmosphere in the Forum is amazing. Hundreds of people dressed like vikings, pirates and trolls with painted faces and Scandinavian helmets.

Horns up and raise the swords, it’s 6 o’clock, and it’s time for the first band of the night: Skálmöld, an Icelandic band at its first appearance in the UK. The sound of the band is absolutely astonishing, with lyrics in Icelandic taken from their motherland traditions perfectly mixed with metal features. Songs like Hefnd, Valhöll and Kvaðning are such perfect potions to warm the crowd up. 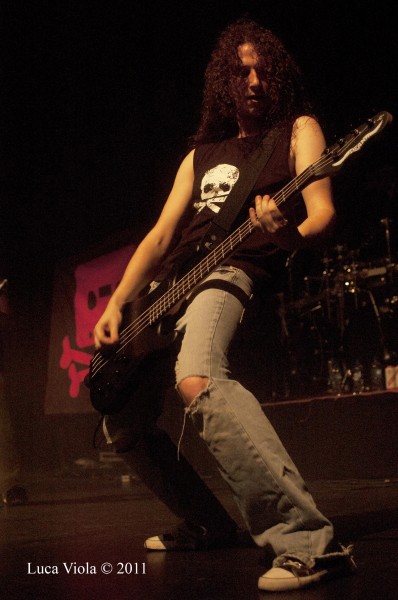 The second band of the night comes from the Norwegian shores and its name is Trollfest. Fast sounds, screams and funny rhythms are the main ingredients of this folk-metal band, especially with songs like Karve and Der Jagermeister.

One of the most-awaited bands of the night is definitely Alestorm. A bunch of “drunken” pirates/musicians from Scotland which music is characterized by pirates themes and sounds. The band is really entertaining also thanks to its singer Christopher Bowes (he really knows how to entertain his audience). It doesn’t take too much to turn the crowd into a drunken crew with pirate hats, bottles of rum and senseless shouts… yaaaarghh!!! The setlist is mostly arranged with tracks from their latest album Back Through Time (their third studio album). Catchy tunes such as Shipwrecked, Captain Morgan’s Revenge, The Sunk’n Norwegian and Rumpelkombo are unquestionably the highlights for Alestorm. 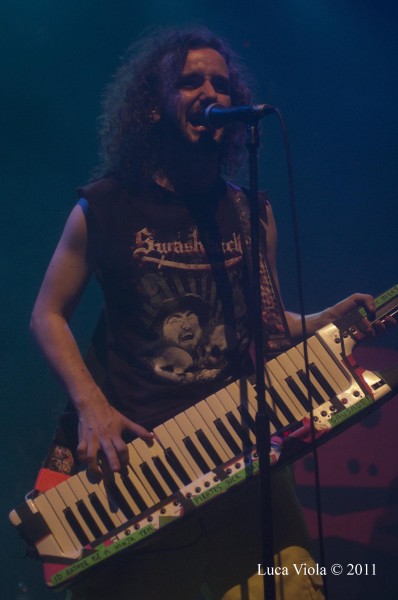 The fourth band of the festival is Finntroll, one of the most famous folk-metal bands. There’s no space or time for viking costumes, the Finnish band focuses on the hardest part of their background, the metal. As a matter of fact, the setlist is somewhat harder than the setlist I expected. Avgrunden öppnas is the instrumental intro for the band followed by songs like Kitteldags, Nedgång, Solsagan in which (apart from the lyrics) there’s a small part dedicated to the folk side of the band. Mathias “Vreth” Lillmåns’s voice is remarkable but too heavy at times. The band plays for an hour, playing 14 songs including a Metallica cover for The God That Failed before playing Trollhammaren and Rivfader.

Finally, it’s time to salute Turisas. The Finnish band jumps on the stage with The March of the Varangian Guard as intro. I couldn’t imagine a best way to start the gig. The atmosphere at the Forum is now incredible being between the crowd and the stage. Red and black warlike painted faces, Viking shields, axes and swords; I’ve never seen an audience like this before. Everybody’s waiting for Mathias “Warlord” Nygård (singer) howl of rage. The setlist is maybe a bit short for an headliner, but Turisas play their best and most famous tracks like One More, The Great Escape, Stand Up and Fight (so epic!) amongst the others. Olli Vänskä’s violin is simply sublime in every songs Turisas play. People really go crazy at the end of the gig with songs like Rasputin and Battle Metal and there’s absolutely nothing wrong with it. 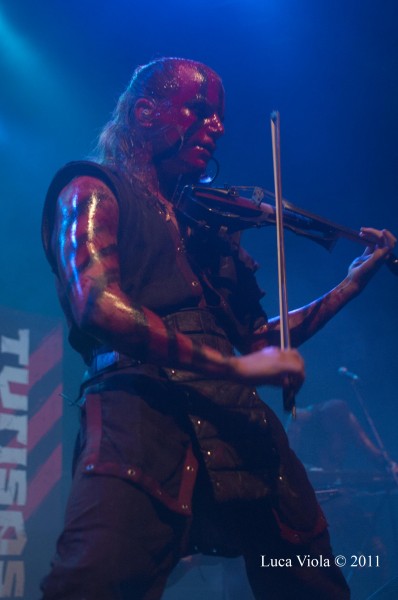 “Hear me, my warriors
Soldiers from all the edges of the world
Let us join our forces
To an army, united” 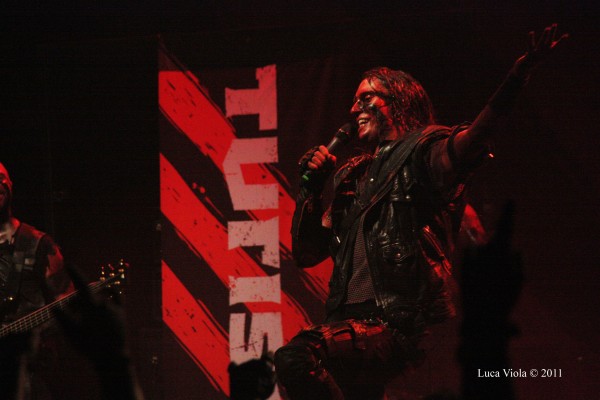