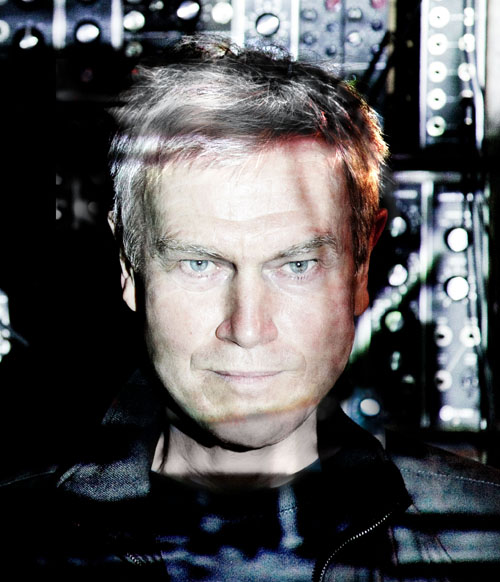 Ahead of John Foxx & The Maths performances at XOYO, London on the 25th & 27th October 2011 the band have just launched an EXCLUSIVE brand new mix of the title-track from John Foxx & The Maths analogue electronic album Interplay which has been getting rave reviews all this year.
‘A masterclass’, ‘One of the best electronic albums of 2011’, ‘a triumph’; ‘one of the most enlightened synth albums in years’ are just some of the accolades Interplay this year.
Listen to  this Exclusive New Track – INTERPLAY (Greyed Out Mix) right here : –

Interplay (Grayed Out Mix) by John Foxx And The Maths

John Foxx + The Maths will be performing material from the album Interplay where this new mix comes from, as well as classic songs from early Ultravox and Foxx’s solo career, including the groundbreaking 1980 album, Metamatic at XOYO www.xoyo.co.uk on the 25th and 27th of October 2011.

Supporting on the 25th will be Gazelle Twin and Tara Busch and the 27th Xeno & Oaklander and The Neat.

If you fancy meeting the icon which is John Foxx face to face on the night and get a load of exclusive ltd signed goodies too then you can buy VIP MEET AND GREET TICKETS here : –