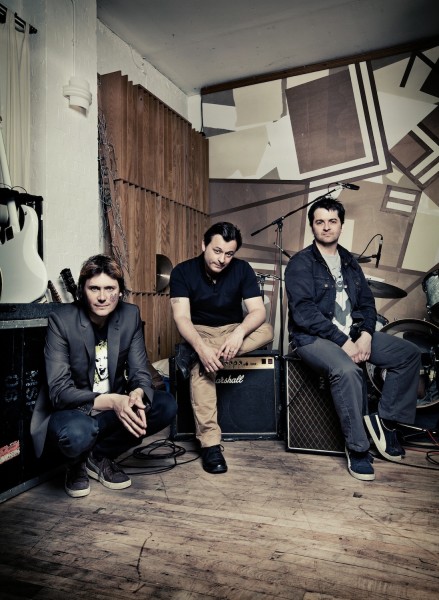 Manic Street Preachers have unveiled a new section of manicstreetpreachers.com where you can watch official videos and exclusive video footage of James Dean Bradfield, Nicky Wire, and Sean Moore talking about the process of writing selected singles included on ‘National Treasures‘, their singles collection album which is released next Monday, 31st October.

Manics TV URL: http://www.manicstreetpreachers.com/national-treasures/
Manics TV channel listings:
Channel 1 – ‘This Is The Day’ official video
Channel 2 – track by track ‘Faster’ and ‘Revol’
Channel 3 – track by track ‘So Why So Sad’, ‘Ocean Spray’, ‘The Love Of Richard Nixon’ and ‘Empty Souls’
Channel 4 – ‘Motorcycle Emptiness’ official video
Channel 5 – ‘If You Tolerate This Your Children Will Be Next’ official video
Channel 6 – ‘Your Love Alone Is Not Enough’ (ft. Nina Persson) official video
To celebrate the album’s release on Monday 31st October, the band will visit HMV stores in Cardiff, Birmingham, and Manchester for a series of album signings. They will also play a one-off stadium show at the O2 Arena in London on Saturday 17th December, the band have promised “a never to be repeated one-off visual experience encompassing 21 years of MSP with 38 songs – from 1990’s ‘Motown Junk’ to (but not in order!) 2011’s ‘This Is The Day’.”
Manic Street Preachers will release their cover of The The’s 1983 track ‘This Is The Day’ on 7th November and in the run up to this they have made their 1992 single ‘Love’s Sweet Exile’ available for free download from Amazon here: http://amzn.to/piuKdr
Share on Facebook Tweet This Share on Google Plus Pin This Email This