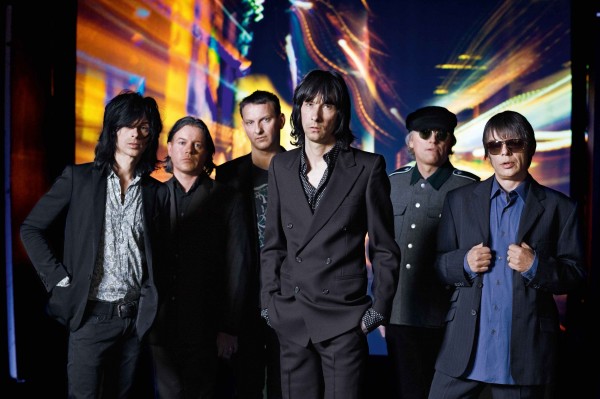 Levi’s® has launched its latest installment in the Craft of Music live event series. This unique fan-curated event will be headlined by Primal Scream, one of music’s genuine legends. On 10th November 2011, at the newly launched Electric Brixton, Primal Scream will play an intimate gig comprised of some of their best tracks of the last 20 years – as selected by the fans.

With the Stone Roses’ reunion imminent, Primal Scream’s bass player Mani will be returning to his first band. The Levi’s® Craft Of Music gig at Electric Brixton will be one of the last chances to see Primal Scream live for the foreseeable future.

Primal Scream fans will be given the opportunity to select 10 tracks from a Primal Scream shortlist. The band will also play an exclusive cover version which will also be selected by the fans.

Additionally, Levi’s® has hosted a series of gigs featuring six up-and-coming bands at its flagship store on London’s Regent Street in the run up to the event. Fans will be able to vote online for their two favorite artists to support Primal Scream at the main event.

The Craft of Music campaign launched on Monday 10th October giving music lovers the unique opportunity to become involved in the process of creating a major music event, with the chance to win tickets to attend.

About the Levi’s® Brand

Levi’s® is the original and definitive jeans brand offering an unrivalled range of denim for both men and women. Epitomizing classic American style an effortless cool, Levi’s jeans have become the most recognized and imitated clothing in the world.

The Levi’s® brand introduced Craft of Music in 2010 to provide a platform for emerging and more established musicians to showcase their craft through Levi’s® digital and in-store channels.

Craft of Music is an extension of Go Forth – Levi’s® first global brand campaign prompting a wake-up call for the todayAdd an event for today’s youth to Go Forth and make the positive changes that they want to see in the world.