Goodluck Jonathan- The future’s got no love for us 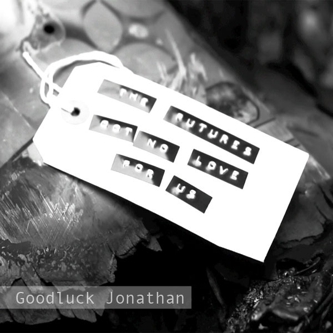 This is a mellow indie track from Goodluck Jonathan. They have a quintessentially British sound, with lead singer Nick Brookes’ English accent seeping through the rather forlorn lyrics and the guitar riffs a little reminiscent of that early 1990s Britpop sound. This track has a dance vibe to it with the syncopated drums and the subtle electro touches. The song begins slowly but momentum slowly builds throughout the track with crashing drums, layered vocals. A highpoint of this track is the guitar breakdown which is indie heaven shortly followed by the return of vocals: “I hope you’ll feel proud of the things that you’ve done”.

This single precedes Goodluck Jonathan’s second album which is due for release in early 2012. If this track is anything to go by, expect good things.

Brigade – Will Be Will Be