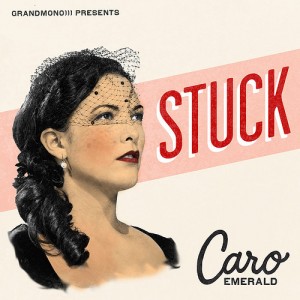 Caro Emerald is the most secretly-kept pop star I can think of. Her album Deleted Scenes from the Cutting Room Floor has reached platinum status and is being re-released in its celebration, but she’s not as ubiquitous as this might suggest.

A mere look at her new video for Stuck, and you can immediately see that her whole image was destined to cause the public to rise from their couches screaming :“Oh, here is a different kind of pop star!” .

And to an extent she is: the interestingly jazzy shades her pop songs take, the pop-art retro inspirations, and her unconventional appearance – she’s a Mediterranean-looking, Netherlands-born, curvy Jessica Rabbit type – are all characteristics that incite such a reaction.

Stuck itself is a breezy, romance-imbued Saint-Tropez kind of track, given a twist by the incorporation of a horn section and the seductive care freeness Caro exudes. The way this single, timidly yet exuberantly, tries different musical solutions within the pop realm is all to be praised.

A CHAT WITH DWEEZIL ZAPPA