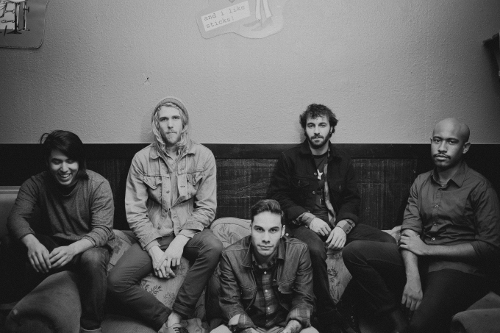 A vinyl version of the breakthrough Epitaph debut from letlive. has been demanded by fans far and wide for the last year. Be careful what you wish for because ‘Fake History’ is soon to be on 2xLP. Following an incendiary 2011 for LA quintet letlive., the band are now set to release their highly regarded recent album ‘Fake History’ on vinyl in February of next year to coincide with the band’s next trip to UK shores as part of the Kerrang! Tour. Kerrang! Magazine critics ranked the album as their Number 2 release of the year in a recent rundown of their favourite 2011 albums, calling it “a record that demands attention” and “layered, nuanced and intricate.”

A band unlike anything in the current music world, letlive. is a hybrid, genre-defying band that breathes fresh air into music, not just hardcore, “post-hardcore” or any other fractured category you try to assign to them. This is a sonic breakthrough that needs to be heard.

*THE FIRST 500 PRESSED ARE ON DOUBLE WHITE VINYL!

We The Pros Of Con

Hollywood, And She Did